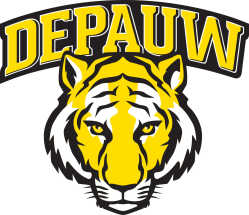 Second-ranked Thomas More used a 14-4 run that bridged the third and fourth quarters to pull away from 21st-ranked DePauw on the way to a 71-56 win in the Amy Hasbrook Memorial Tournament championship game on Saturday. The Tigers moved to 9-3, while the Saints improved to 17-0.

Thomas More led by as many as six in the first quarter before Sydney Kopp hit a three and Imani Graham knocked in a free throw to cut the lead to 16-14 after the opening stanza.

DePauw put together a 7-0 run in the second capped by Maya Howard’s 3-pointer to take a 24-22 lead before the Saints regained the lead and took a 31-30 advantage into the intermission.

Thomas More stretched the lead to seven on three occasions early in the third before Claire Keefe hit two free throws and Howard nailed a jumper to make it 41-38 with 5:26 remaining in the quarter. The Tigers came up empty on five straight possessions, while the Saints hit six straight free throws to push the lead to 47-38.

Howard stopped the run with a layup, but Kelly Clapper hit a three and Asyah Mitchell a layup to make it 52-40. Maeve Summerville’s free throw cut the Saints’ lead to 52-41 after three quarters.

DePauw hit just two of its first nine field goal tries of the final quarter as Thomas More opened with a 15-5 stretch to take its biggest lead of the contest at 67-46.

Howard led the Tigers with 20 points, three assists and two steals and earned a spot on the all-tournament team, while Keefe followed with nine points and a team-high seven rebounds.

Franklin topped Finlandia by a 65-51 score in the third-place game. Walker led all scorers with 23.

DePauw returns to North Coast Athletic Conference play on Wednesday when it travels to Allegheny for a 2 p.m. contest.

The Tigers, ranked 21st by D3hoops.com and 22nd in the latest coaches’ poll, moved to 9-2 with their sixth straight win, while the Lions dropped to 0-13.

DePauw shot 66.7 percent in the opening quarter and scored the final nine points of the stanza to grab a 31-13 lead. The Tigers scored the first seven of the second period to expand the margin to 25 on the way to a 50-28 halftime lead.

Connecting on 13 of 17 field goals (76.5%) in the third period, the Tigers pulled away to their largest lead of the game at 82-33 with 14 seconds remaining in the quarter.

DePauw outrebounded the Lions, 44-22, and committed just 10 turnovers to Finlandia’s 19. Keefe paced DePauw with six rebounds and Howard had five assists. Howard and Imani Graham had three steals each.

• DePauw 77, WPI 73 — Five Tigers scored in double figures as DePauw moved to 8-4 on the season and finished third at the Tampa Bay Shootout with a 77-73 win over WPI Sunday. The Engineers dropped to 9-2.

The Engineers evened the score at 41-41 in the first four minutes of the second half, but Cole Jenkins drained a 3-pointer that started a 10-2 DePauw stretch that would give the Tigers a 51-43 cushion.

WPI was within two at 69-67 before Josh Hall nailed a trey with 2:23 remaining to extend the lead back to five. The Engineers came up empty on their next four possession before Justin McMahon hit a pair of free throws with 31 seconds left to make it 74-67. McMahon hit one of two charity tosses with two seconds left to seal the victory.

Hall led the Tigers with 17, while Jenkins and Ken Decker each had 12. Nick Felke and Nolan Ginther each added 10 and Felke also chipped in seven rebounds and a career-high nine assists. Felke earned a spot on the all-tournament team for his efforts.

Reid Walker, also an all-tournament team choice, paced WPI with 22 points followed by Jake Wisniewski with 15 and Ethan Harrell with 12 along with a game-high eight rebounds.

Maryville won the tournament with a 71-62 win over Otterbein. A complete listing of scores and links to stats are available at the official Tampa Bay Shootout site.

• Otterbein 100, DePauw 79 — On Saturday, Otterbein scored the game’s first 11 points in the opening 2:12 and never trailed on the way to a 100-79 win over DePauw in the opening game of the Tampa Bay Shootout hosted by DePauw. The Tigers dropped to 7-4, while the Cardinals improved to 4-7.

The Cardinals hit a pair of 3-pointers in the opening minute and held an 11-0 lead with 17:48 left in the first half. After Otterbein’s lead reached as many as 15 points, the Tigers trimmed it to 27-22 after Luke Steinhart’s 3-pointer with 10:22 remaining in the half. A 7-0 Otterbein run pushed the margin back to 12 and the Cardinals eventually took a 52-40 lead into the intermission.

DePauw was still within 12 after Justin McMahon’s layup with 13:54 left made it 66-64. However, the Cardinals extended the lead to 20 in a 55-second stretch that included a pair of treys from Kobe Long-Weber and Hunter Dennison. The Tigers were no closer than 14 the rest of the way.

Josh Hall and Nolan Ginther each scored 16 in the loss, while McMahon added 13. Ginther’s total matched his career high, while McMahon’s established one.

The Cardinals held a narrow 28-27 edge on the boards as Joseph led with seven. Cole Jenkins had seven for the Tigers.