Mike Schimpf will resign as principal at South Putnam High School effective at the end of the 2018-19 school year.

At the South Putnam School Board's first meeting of 2019 Wednesday evening, Superintendent Bruce Bernhardt presented a letter addressed to him from Schimpf, which briefly outlined his reasons for declaring his resignation at this time. 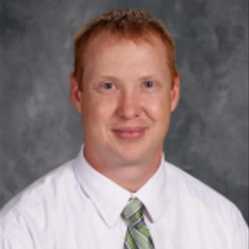 "At the end of this contract year, it is my intent to move to another position, which will allow me to further expand my role as an educator," Schimpf wrote in the letter.

Schimpf also wrote that tendering his resignation at the beginning of this year was to, "allow for a sufficient time to find a satisfactory replacement, and allow for a smooth transition for students and staff."

After the letter was read, the board unanimously approved Schimpf's resignation without further comment.

Schimpf has been the principal at South Putnam High School since 2015. He also has roots in education in Putnam County. Schimpf is a 1993 graduate of Greencastle High School, and taught there from 1999 to 2013. While at GHS, he coached track and field and was also briefly an assistant football coach.

After leaving Greencastle, Schimpf served as assistant principal at Eminence Community Schools. He finished a year as principal at Turkey Run High School before coming to South Putnam Schools.

In statements to the Banner Graphic Thursday afternoon, Bernhardt said that school officials are readying to find Schimpf's replacement before his contract ends.

"The board and I will be discussing the next step in the process," Bernhardt said. "Staff have recently been notified, and we'll get together on it when we can meet."

"I want to thank Mr. Schimpf for his service to South Putnam, and I wish the best for him wherever he goes next," Bernhardt added.

When asked for comment on the move, Schimpf expressed to the Banner Graphic Thursday that he was ready for what the future holds for him.

"It's the right time," he said. "I just feel it's time for a change and for me to step more out of my comfort zone."

Schimpf concluded that he was excited with the direction South Putnam has taken and for its accomplishments under his leadership.

"It's been a pleasure to work for the honest and hardworking teachers and staff at South Putnam," he said. "Good things are happening here, and I'm proud of what we've done during my four years here."

Schimpf's contract as principal at South Putnam High School will end on June 30, 2019.