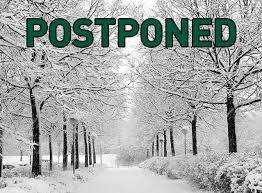 The girls'/boys' basketball doubleheaders scheduled for Friday night will still be played.

* The Western Indiana Conference meet scheduled at Edgewood has been moved back a week to Jan. 19.

* No new date has been announced for the Greencastle at Edgewood game. Officials are waiting until after Friday night's divisional games and crossover matchups to choose a new date.

* All practices are cancelled for Saturday at South Putnam.