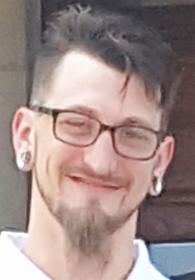 He was a 2007 graduate of Greencastle High School.

Tim was a line operator for six years at IAC, Greencastle, and had served in the Indiana National Guard.

He was preceded in death by his brother, Scott Parker, and his paternal grandparents.

The family will receive friends from 2-6 p.m. on Sunday, Feb. 10 at Hopkins-Rector Funeral Home, Greencastle.

A private celebration of Tim's life will be held at a later date.

Memorial contributions may be made in memory of Tim to the Wound Warriors Project for treatment of PTSD.

Memories and condolences may be shared with the family c/o www.Hopkins-Rector.com.