With no contested party races, no city primary likely necessary

The noon filing deadline came and went Friday for the 2019 Greencastle Municipal Primary Election and even a flurry of late filings didn't produce a full city ballot.

With no contested races emerging for either the Democrat or Republican parties, it appears there will be no need for the city to conduct a primary election on May 7. 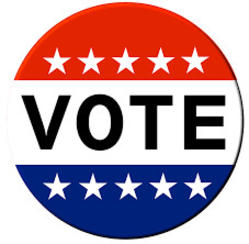 "No matter which ballot they (a voter) would ask for, there is no race," Stacia Hathaway, Putnam County Voter Registration deputy, said Friday afternoon.

That was despite the late flurry that produced six at-large City Council candidates (the full complement of three per party), along with a general election challenge in Third Ward and a total vacancy in Fourth Ward.

The parties have until June 30 to appoint candidates to fill vacancies on the ballot, Hathaway noted, adding that July 1 is the deadline to file as an independent.

Meanwhile, incumbent Mayor Bill Dory, a Democrat, filed for a second term in the city's highest office without a Republican challenger at the moment.

The same is true for incumbent Clerk-Treasurer Lynda Dunbar, a Republican, who is without a Democrat challenger.

In Third Ward, Republican Haywood Ware, who ran for mayor against Dory in 2015, has filed for the City Council seat being vacated by Democrat Steve Fields. Veronica Pejril had previously filed on the Democrat side.

With current Fourth Ward Councilman Tyler Wade filing for an at-large seat as a Republican instead of re-election as Fourth Ward representative, the Fourth Ward is without a candidate in either party at present.

Wade's at-large candidacy is part of the most contested spot on the ballot along with fellow Republicans Harry Maginity and incumbent Mark Hammer. Maginity ran at-large in 2015 and finished fourth in a race that elected Hammer, Gary Lemon and Dave Murray to three seats as the City Council expanded to seven members for the first time.

Lemon filed for re-election to one of those at-large spots and is joined on the ballot by fellow Democrats Kim Fidler, the Putnam County Democrat chairman, and Matt Cummings, also a first-time city candidate who was unsuccessful in seeking a Putnam County Council seat last fall.

Fourth Ward -- No candidate for either party.

Meanwhile, all three town council seats have contested races on the Republican ballot at Cloverdale.

Cheryl Galloway, the incumbent town clerk-treasurer, is alone on the ballot after the Republican candidacy of Vanessa Carr was challenged.

Carr will not be on the ballot in May, Voter Registration Deputy Hathaway said. Carr's candidacy was contested because she filed as a Republican, but voted a Democratic ballot in the 2018 Primary Election.

However, she can still file as an independent if she so wishes.

The Cloverdale races are: