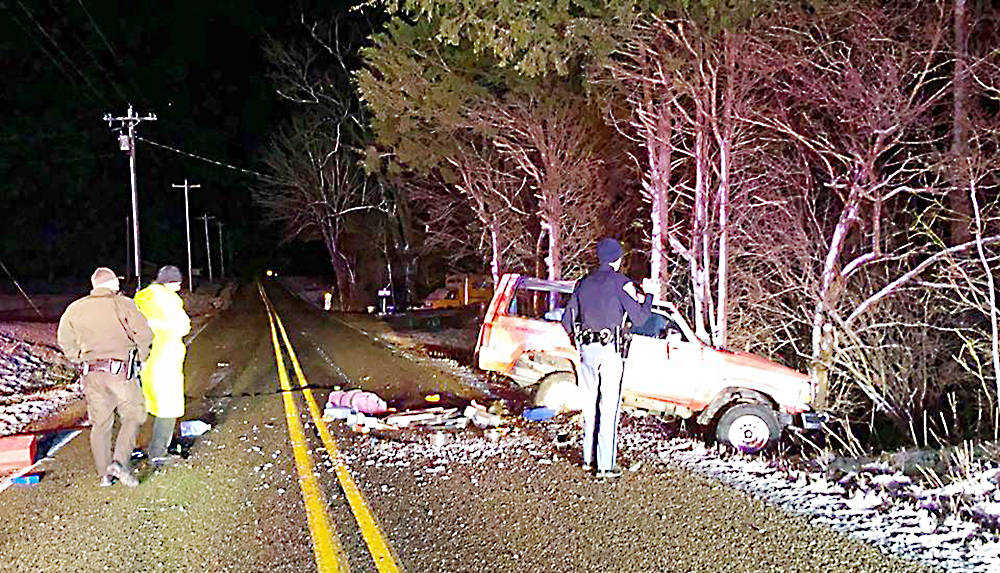 CLOVERDALE — A Martinsville man was killed in a single-vehicle crash east of Cloverdale early Sunday morning.

Robert S. Carroll, 60, had been westbound toward Cloverdale when his SUV crossed the centerline for an unknown reason and left the roadway, colliding head-on with a tree.

He was pronounced dead at the scene.

Putnam County Deputy Coroner Todd Zeiner said there were no skid marks leading to the vehicle, leading investigators to believe Carroll may have fallen asleep at the wheel.

There were no witnesses to the crash, which was reported by a passerby who came upon the scene well after impact.

An autopsy completed Monday at Terre Haute Regional by Dr. Dele Adeagbo. Preliminary results showed cause of death to be blunt force trauma to the head, due to the impact in the crash.