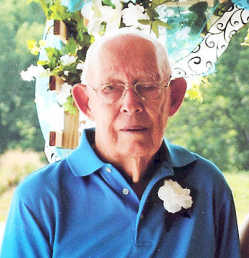 He was born Oct. 3, 1924 in Midland of Greene County, Ind. He was the son of James Franklin “Frank” and Pearle (Duncan) Anderson and was a 1943 graduate of Greencastle High School.

Jim was a veteran having served in the United States Navy during World War II. He was a member of the VFW, Greencastle.

He retired from Allison Transmission in Indianapolis, where he had worked in maintenance.

He was preceded in death by his wife of 61 years, Virginia B. (Lewis) Anderson; and his two sons, James E. and Robert “Bob” Anderson.

Graveside services with military honors will be held at 1 p.m. on Friday, April 12 at Forest Hill Cemetery.

The family will receive friends from 4-8 p.m. on Thursday, April 11 at Bittles and Hurt Funeral Home.