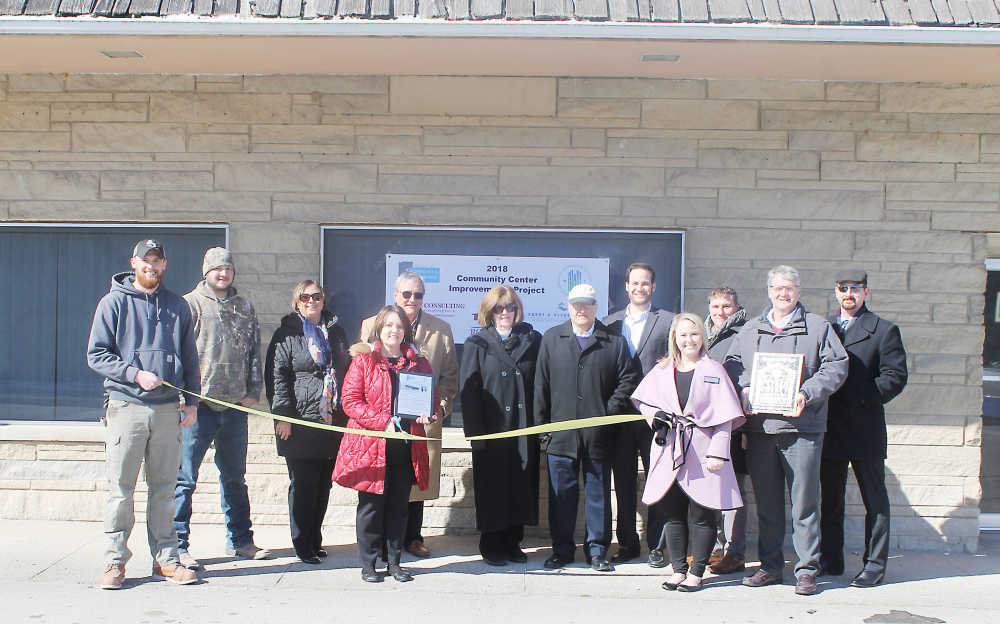 ROACHDALE — If work keeps up at its current pace, the new community building in Roachdale could be opening very soon.

The town isn’t quite ready to commit to just how soon.

While a June 1 target date remains for the opening of the Roachdale Community Center, Clerk-Treasurer Debbie Sillery told the town council Tuesday that she isn’t ready to take reservations yet.

“We have already been getting calls like crazy from people trying to rent it,” Sillery said. “I’d hate to book a wedding and us not be done.”

However, Sillery, who has been a driving force behind the project continuing to move forward, is pleased with what she’s seeing from construction crews.

“We are moving along very quickly,” she told the council during its regular April meeting.

The project also owes its success to a number of supporters along the way, including a $500,000 Community Development Block Grant from the Indiana Office of Rural and Community Affairs, $27,000 from the Putnam County Community Foundation and, perhaps most importantly, the donation by TDS Telecom of its former regional corporate offices at 204 N. Indiana St.

TDS donated the building after vacating it in 2016.

The south wall of the building is already home to the Roachdale Town Mural, unveiled in the summer of 2017.

At project’s end, the building will include an assembly room, commercial kitchen, small group rooms and a senior citizens center.

• Sillery announced that six dumpsters have been ordered for town clean-up day on Saturday, May 18.

• The council approved an ordinance allowing for the use of golf carts, ATVs and UTVs on town streets.

Use of the vehicles comes with a number of requirements, such as registration of vehicles, licensed drivers, slow-moving vehicle signs and rear-view mirrors, among others.

• The town needs to fill an open position on the Board of Zoning Appeals.

The council is requesting letters of interest from local citizens. Qualified candidates must be registered voters who live within the town limits.

• Noting that both men have been on the job for a year and doing “a great job,” Council President Zach Bowers proposed a 10-percent raise for Utilities Supervisor Nick Miller and worker Levi Chinn.

“We’ve seen nothing but good things since Nick has been hired,” Bowers said.

• The board approved the purchase of a new John Deere Z930M zero-turn radius mower for $8,665.

The board approved expenditures not to exceed $3,400 for equipment and apparel for the new reserves.