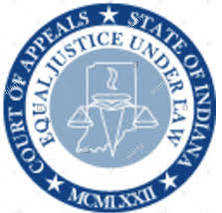 On Monday, April 15, DePauw University students, faculty and staff and those in the Putnam County community will again have an opportunity to see first-hand the workings of the justice system.

As it has each spring for more than a decade, the Indiana Court of Appeals will come to the DePauw campus to hold a session which the public is invited to attend.

The proceedings will begin at 2:20 p.m. in the Social Center at the Inn at DePauw, 2 W. Seminary St., Greencastle. A three-judge Court of Appeals panel will hear oral arguments in the case of Cornell K. Montgomery Jr. vs. the State of Indiana.

At the conclusion of oral arguments, the judges plan to answer questions from the audience, although they must refrain from discussing the particular case being considered. Normal courtroom rules of decorum will apply.

It marks the 14th time in the last 15 years the Appeals on Wheels effort has come to DePauw in visits hosted by the Political Science Department.

The Court of Appeals hears several oral arguments each year at locations around the state to enable citizens to learn about the judicial branch. Monday’s session is the 19th such hearing in the state this year.

The three-judge panel conducting the oral arguments will consist of Margret G. Robb, the first woman to serve as chief judge of the Indiana Court of Appeals; Terry A. Crone, a 1974 graduate of DePauw; and Edward W. Najam Jr.

In summary, the case centers around a period during which the defendant, Cornell K. Montgomery Jr., was alone with his then-seven-month-old daughter before dropping her off at the home of her maternal grandmother.

The grandmother noticed the child was acting unusually and as if she was in extreme pain. Taken to the emergency room, she was diagnosed with a broken femur and further X-rays showed her left ankle was healing from an older fracture.

During jury selection, Montgomery raised a Batson objection to the state’s attempt to strike an African American from the jury pool. Batson v. Kentucky (1986), held a potential juror may not be removed from a jury pool on the basis of race. The trial court denied the objection, the potential juror was stricken and a jury found Montgomery guilty as charged.

He was subsequently sentenced to two 12-year terms to be served concurrently.

Montgomery is appealing his convictions and sentence, arguing 1) the trial court violated his constitutional right to an impartial jury by denying his Batson objection and allowing the state to strike a potential African American juror; 2) the evidence was insufficient to convict him of either of the crimes charged and 3) the sentence was inappropriate in light of the nature of the offenses and his character.