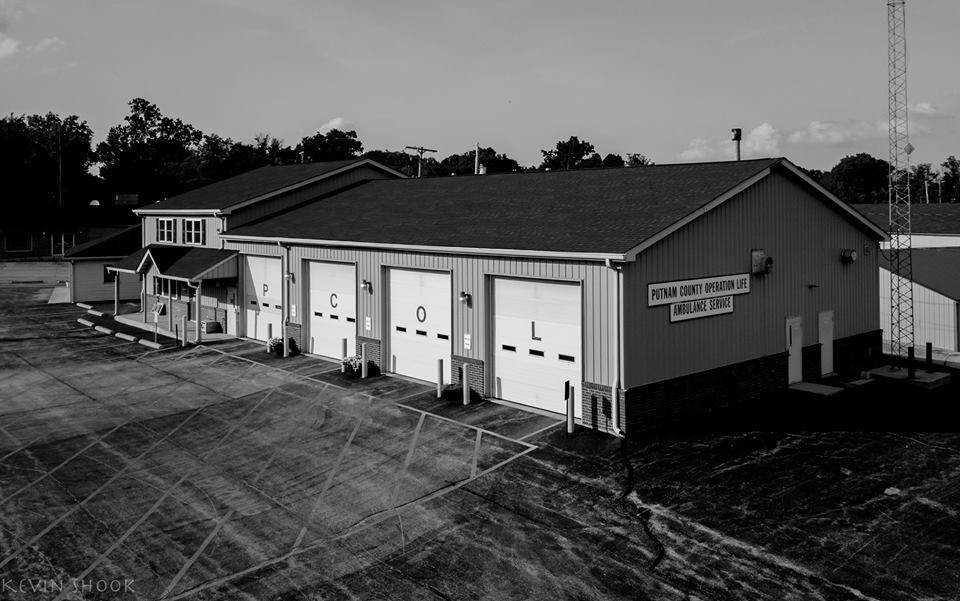 With eight months remaining on a two-year contract with ambulance provider Operation Life, Putnam County officials will soon make an important decision on what to do for emergency medical services in the coming years.

This time around, another option appears to be on the table for the county — taking over the struggling not-for-profit ambulance service.

Commissioner Rick Woodall, who is also his commission’s appointment to the Operation Life Board, called the meeting to share his thoughts on the matter and gauge the interest of fellow county elected officials.

“I have wanted for a couple of years to turn Operation Life into a county entity,” Woodall said.

Woodall said his fellow OL board members, as well as Executive Director E.J. Claflin and Assistant Director Joe Carnagua, are in support of some sort of transition to more county control.

“I feel like we should provide, as a county, the best EMS service to our residents as possible,” Woodall told the Banner Graphic. “I would rather be in control of that as a county entity than to rely on outside services to provide that.”

Unfortunately, providing the best possible service is becoming harder and harder for Operation Life and other non-profit ambulance services.

“The model that is currently at Operation Life is sustainable for two ambulances, 24-7, with no hiccups,” Woodall said.

That “no hiccups” caveat is the real trick, though. It means the inability to replace aging equipment, including ambulances, without outside help. It means any structures continue to age, such as the current OL station in Greencastle that’s in need of an estimated $30,000 to $40,000 in renovations.

Additionally, Woodall and others feel that staffing two ambulances at a time isn’t enough for Putnam County’s needs.

“What I feel this county needs is three ambulances 24 hours a day,” Woodall said “The runs dictate two ambulances but the square mileage dictates three.

“I think that EMS is just as important as the sheriff’s department. I’m passionate about that.”

The question is how best to provide EMS. Woodall and fellow Commissioner David Berry have looked at a number of counties around Indiana and found a variety of models. What they concluded, though, is that it’s becoming harder and harder to provide ambulance service through outside providers, whether non-profit or for-profit.

“Everyone we talked to said it’s dying,” Berry said. “Ambulance services are dying on the vine.”

One can look at examples from recent years in which for-profit services in Clay County and Union County abruptly went out of business and abandoned the counties mid-contract.

These were cited as examples of why the county did not chose STAR Ambulance’s much lower offer to provide EMS to the county almost two years ago.

Of course, taking on the ambulance service for itself would come at some cost to the county. Running its own service and staffing three ambulances at all times would come at an estimated cost of $655,250 to the county, up from the current $400,000 subsidy to Operation Life.

However, a couple of advantages also come into play if the county becomes its own ambulance provider.

Claflin pointed out that as a government entity, the county could apply for funds from the federal government so that Medicaid runs could be reimbursed at the Medicare payment levels. While both are well below the rate for private payers, Claflin estimates the county could recover $33,000 annually for which Operation Life is not even eligible.

The much bigger financial boost could come from the county’s ability to recover funds from patients who do not pay. With government entities not having to pay court filing fees, the county could pursue collections and even suing non-paying patients much more efficiently than Operation Life.

For example, Operation Life writes off about $475,000 in unpaid bills annually. Fountain County, which owns its own ambulance service, wrote off $33,000 in 2018.

The idea is that with more money budgeted, plus increased revenue opportunities, the county could not only sustain three ambulances, but also better maintain equipment and buildings.

“We still have to have a contingency plan to replace the ambulances, the cots, the equipment,” Woodall said. “We’re going to have to keep up the buildings.”

In the end, Woodall wanted to know more from his colleagues before moving forward, pointing out that it’s worth talking about in April because the 2020 budgets will be discussed in July and August.

“I want to know what you folks are thinking,” Woodall said. “Do we take Operation Life on? Or do we let Operation Life cease to exist and then take our chances with what comes next?”

No decision was made, but fellow commissioner Berry, along with the Council members present — Danny Wallace, Jill Bridgewater, Keith Berry, Dave Fuhrman and Phil Gick — all seemed receptive to the idea, with some questions remaining.

“I believe we probably need to go down this road,” Keith Berry said, “But I’m just curious how much more we’ll have to pay in taxes.”

Claflin responded that some sort of increase may be necessary.

“I understand that everybody doesn’t want further taxes,” Claflin said. “The cost of these capital acquisitions is why we are where we are. If there’s not some kind of renewable levy, we are going to end up in the same place.”

Should the county take over Operation Life, the target date would be Jan. 1, 2020. While a number of questions remain to be answered, officials seem encouraged to be starting the discussion.

“This is going to create headaches,” Woodall said. “The commissioners are going to have another department head to oversee. The council will have a new budget to approve.

“The reason I called this meeting is that I want everybody’s input,” Woodall said. “I want to know what you think.”

The next step in the process will be to put together a proposed 2020 draft, which Woodall said he will present to the council at a later date.