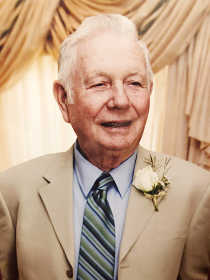 David was a loving husband, father, grandfather and great-grandfather.

He was born February 12, 1937 in Bloomfield, to Edith (Fuller) Pearson and Leslie Ray Pearson. His siblings were Gary (Joann), Tom (Paulette) and infant Kevin. Parents and brothers preceded him in death.

David had a long-standing career in trucking and retired from Dean Foods (Maplehurst Farms Dairy) of Indianapolis. He was with Maplehurst Farms from 1972 through their transition to Dean Foods in the late 1990s. He retired in 1999.