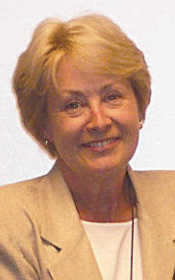 The Greene County Daily World reports that on Monday, the Eastern Greene Board of School Trustees named Carrie Milner the interim superintendent for the month of June.

The board will continue its search for a permanent replacement during Milner’s brief tenure.

Current Superintendent Ted Baechtold will retire at the end of May.

Milner, who retired from Cloverdale in 2014, served a similar role at nearby Bloomfield School District in 2017.