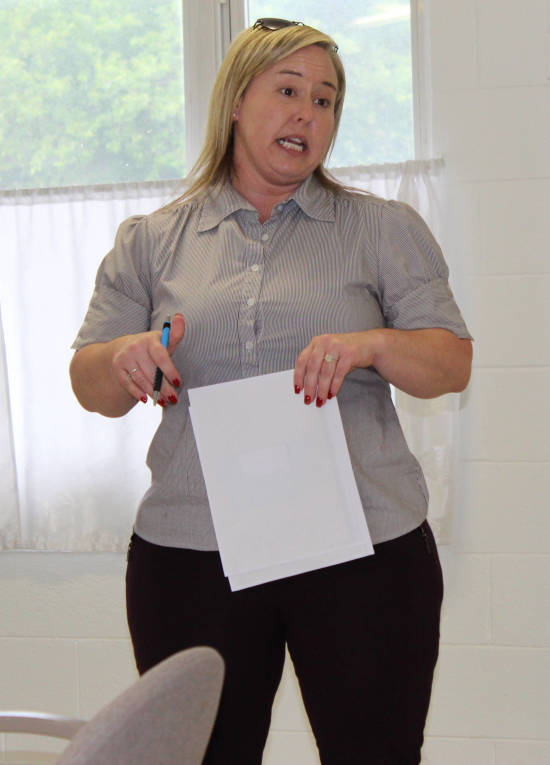 FILLMORE -- A comprehensive study of Fillmore’s water utility systems is now waiting in the wings. However, it will mostly entail patience from residents at this point as the town’s applications begin to work through the state.

As the only item on its agenda, the Fillmore Town Council heard input from grant administrator Kristy Jerrell during its June meeting Thursday evening. During her presentation, Jerrell laid out a step-by-step approach to securing a master utility study through the Office of Community and Rural Affairs (OCRA).

To begin, Jerrell said that the council would have to submit a letter of intent to OCRA and the Indiana State Board of Accounts to apply for the grant. As is the case with all applicants, she noted that both are diligent with “checks and balances” determining a community’s needs.

Though she provided that she had already reached out to OCRA informing of Fillmore’s wish to apply, she touched on the grant’s consideration that at least 51 percent of a town’s population be low-to-moderate income. Jerrell provided that Fillmore’s census data indicates just over 42 percent, but that an income survey would lend more consideration to Fillmore’s application.

The survey would be voluntary and residents would be selected at random, but 32 responses will be needed to submit to the state. The council can also submit a letter justifying the town’s application. In the end, Jerrell was confident that Fillmore would make its case for the study.

Seven letters of support for the study to be submitted from the town at-large will also be needed. Jerrell said that one would come with recommendations from Town Maintenance Director Joe Cash, but that residents needed to detail issues such as pooling and sewage backup. Photos would go hand-in-hand with this documentation.

After the income study is complete and the letters are compiled and submitted, Jerrell said that Fillmore’s application could be in to OCRA by the end of September. This will not be long after grant money is opened up on July 1, the beginning of OCRA’s fiscal year.

Into the long term after Fillmore’s needs are considered, Jerrell provided that the town could begin to pursue a construction grant through OCRA to make those improvements. This could tentatively be submitted to the state in the fall of 2020, specifically at the end of next November according to Jerrell.

For securing funding to the cover the costs, Jerrell said that the town could pursue money from the Putnam County Community Foundation to match a 75-25 percent grant. The town could also seek interest-free loans from the State Revolving Fund Loan Programs, a consideration Russellville is also looking at.

In all of this, the council will have to arrange public hearings and interviews with a recommended five engineering firms to carry out the construction.

Jerrell felt that the master utility study, which would cover water, wastewater as well as sewage, will give the town an idea of projects which could be done, saying that it would provide a “10, 15, 20-year road map” for future improvements. These would come as considerations are made between the council and Jerrell, saying that the town needed to be aggressive given these grants are competitive.

Based out of Terre Haute, Jerrell has assisted the towns of Bainbridge, Cloverdale, Roachdale and Reelsville on similar initiatives. She has also worked with Fillmore on previous projects, including a disaster recovery grant in 2012 that looked at flooding issues. Jerrell was selected by the council to assist with the grant at its regular meeting last month.