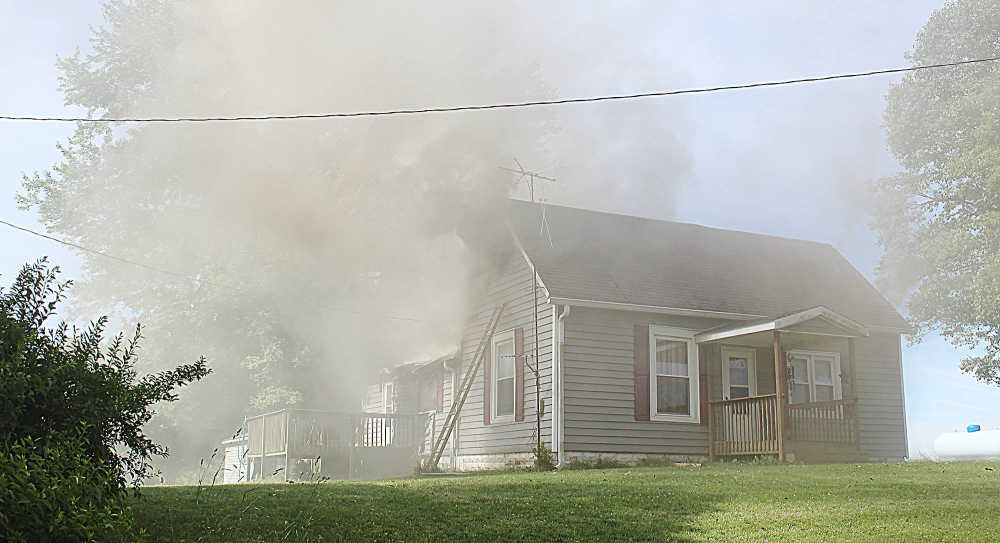 An investigation is being conducted after the upper part of a home in Washington Township caught fire before 11 a.m. Friday morning.

According to a report dictated by Capt. Jack Giles of the Reelsville/Washington Township Fire Department, Putnam County firefighters, as well as law enforcement and medical personnel, were dispatched on a box alarm to 6990 W. CR 450 South on the north side of the township at about 10 a.m.

The home was enveloped in a cloud of thick smoke when the Banner Graphic arrived to get a visual of the blaze. The fire appeared to be confined to the attic area of the structure, though it may have spread to other parts of the home.

Capt. Giles stated that the fire was considered under control around 12:10 p.m., and that RWTFD and the other fire departments were returning to service shortly thereafter.

No casualties have been reported, though total damages from the fire were unknown as of press time Friday evening.