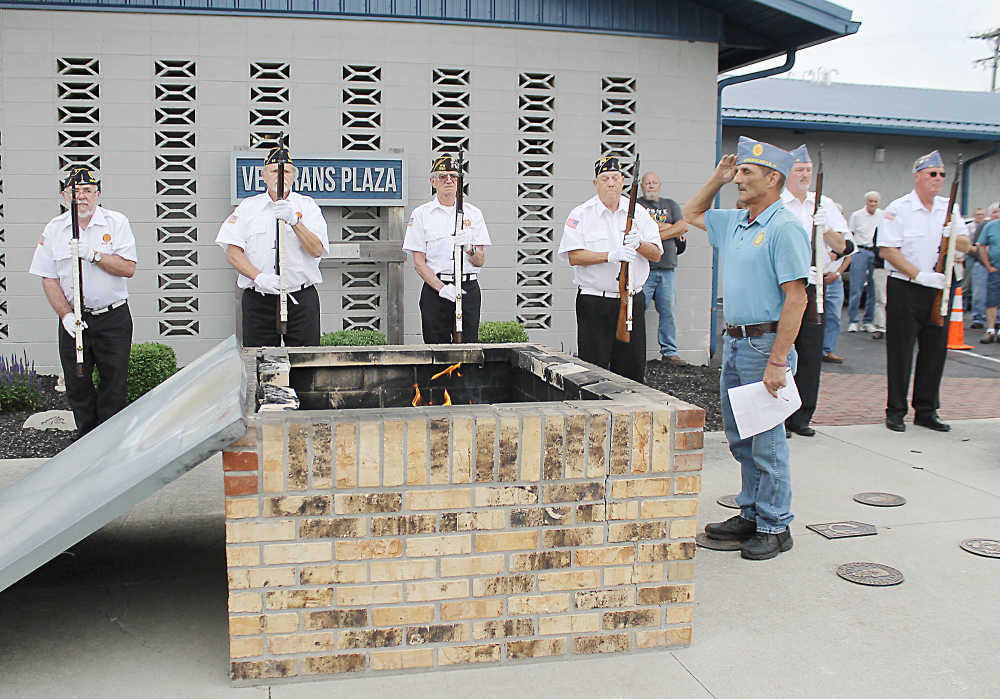 Having been inspected and deemed unserviceable in a worthy cause, a retired American flag is disposed of in the burn pit at the Greencastle American Legion Veterans Plaza Friday evening. Sons of the American Legion Sergeant-at-Arms Jeff Bray salutes the flag that has become faded and worn as members of the Legion and VFW Honor Guard stand at attention. More than 50 people, including uniformed police and firefighters, attended the Flag Day ceremony at Legion Post 58.
Banner Graphic/Jared Jernagan
Order this photo
Comments
View 2 comments
Note: The nature of the Internet makes it impractical for our staff to review every comment. Please note that those who post comments on this website may do so using a screen name, which may or may not reflect a website user's actual name. Readers should be careful not to assign comments to real people who may have names similar to screen names. Refrain from obscenity in your comments, and to keep discussions civil, don't say anything in a way your grandmother would be ashamed to read.
Respond to this story