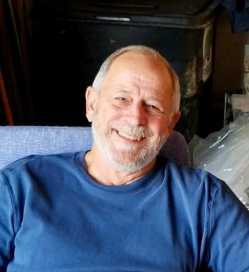 Charles Kevin Starr, 66, of Greencastle, passed away on Wednesday, June 19, 2019 at home surrounded by family.

He was born Sept. 29, 1952 in Greencastle, the son of Charles E. and Virginia (Myers) Starr Green and was a 1970 graduate of Greencastle High School.

Kevin had worked at Buzzi Unicem (Lone Star Industries) for 37 years, retiring in January of 2015.

He was preceded in death by his parents; stepfather, Frank Green; and brothers, Doyne Starr and Gordon Birt.

A private celebration of life will be held for Kevin at a later date.

Memorials may be made in memory of Kevin to the Humane Society of Putnam County or the American Lung Association.