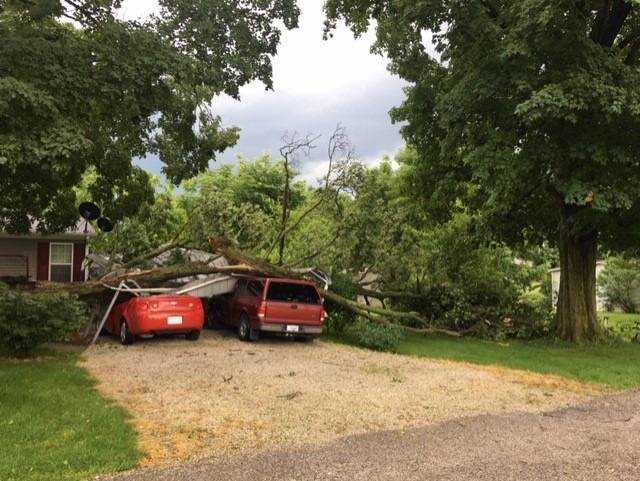 A severe thunderstorm rolled through Putnam County around 6 p.m. Sunday evening, leaving damage and power outages in its wake.

A photo from Bainbridge showed a tree down across a car port, smashing the structure as well as damaging the car and pickup parked under it.

There were also numerous reports of trees into power lines, the results of which included approximately 1,000 residences without power in southern Putnam County.