Note: Due to a last-minute cancellation, the program for this week’s installment of the Greencastle Summer Music Festival has changed. Bridge & Wolak will not be performing.

They will include internationally renowned flutist Christine Beard, New York-based violist and composer Nathan Schram and soprano Jessica Usherwood (a member of the School of Music faculty), who will sing Gershwin’s beloved song “Summertime.” 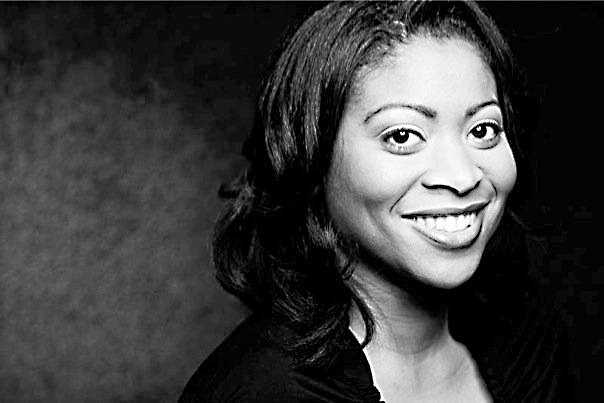 These artists, each with international performing careers, and other workshop participants to be announced are stepping in after this week’s originally scheduled performers, the clarinet/accordion duo Bridge & Wolak, did not receive a visa to travel to the United States.

“While we are frustrated that Bridge & Wolak aren’t able to join us, this is turning into a wonderful event,” says festival director Eric Edberg. “Among our faculty and participants are absolutely extraordinary musicians, and we are putting together a very engaging ‘variety show’ program.

“When Jessica sang ‘Summertime’ for the residents at Mill Pond on Monday, it was a magical shared moment. So we are building the program around that song.” 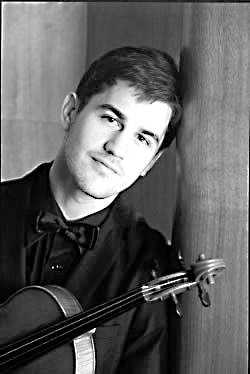 The college music faculty members and young professional musicians who are studying and teaching in this week’s workshop are spending two afternoons out in the community, in the “Legacy Lane” memory care unit at Mill Pond Health Campus and with inmates at the Putnamville Correctional Facility. In Wednesday’s concert, they will perform music they have been sharing during these activities and tell stories of their experiences bringing music to underserved communities.

Bridges Craft Pizza and Wine Bar will provide intermission refreshments at the concert. The festival’s free performances are also supported by the Inn at DePauw, Greenburg Accounting, Hillside Farms, an endowment through the Putnam County Community Foundation and a grant from the Putnam County Convention and Visitors Bureau, as well as donations from many individuals and families in the community.

Described by Flute Focus as “having shattered any notions that the piccolo might be lacking in deep, expressive powers,” Christine Beard enjoys an active international career as a soloist, chamber artist and teacher throughout North and South America and Europe. Noted for her “great expressive tone and range” (Christopher Caliendo, composer) and for “not only having a beautiful tone and phrasing, but the capacity to reveal the deep soul of a composition” (Martin Rokeach, composer), Beard strives to showcase expressive music written for the flute and piccolo, as well as promoting new and original works by living composers.

Recently appearing as a concerto soloist with the Orquestra Filarmonica de Mendoza in Argentina and the Orquestra Sinfonica de Porto Alegre in Brazil, her engagements since 2018 include serving as an artist-teacher at the International Piccolo Festival in Italy and at international flute festivals held in Brazil, Costa Rica, France, Honduras and Spain, as well as making her 17th appearance on the program of the National Flute Association Convention (NFA). The founder of the International Piccolo Symposium, Beard serves the NFA as a member of both the scholarship and the piccolo committees, and as a contributing editor to The Flutist Quarterly.

An international solo artist for Sankyo Flutes and a piccolo artist for Hernandez Flutes, she can be heard alongside the French piccolo legend Jean-Louis Beaumadier on his CD, “Postcards: World Piccolo, Vol. 2” and with Grammy award-wining guitarist Daniel Wolff on his recent CD, “Iberoamericano.” Recently awarded second place in American Prize’s competition for its professional soloist division in April, Beard is the Kayser Professor of Flute and International Studies at the University of Nebraska at Omaha, where she teaches flute, chamber music and contemporary music literature, and heads the university’s music entrepreneurship program.

Hailed by The New York Times as an “elegant soloist” with a sound “devotional with its liquid intensity,” Nathan Schram is a composer, entrepreneur and violist of the Attacca Quartet. Schram has collaborated with many of the great artists of today, including Björk, Itzhak Perlman, Sting, David Crosby, Becca Stevens, David Byrne, Trey Anastasio, Joshua Bell, Simon Rattle and others. He has also premiered music by Steve Reich, Nico Muhly, Timo Andres, Elliot Cole and Gabriel Kahane.

Schram is the founder and executive director of Musicambia, a non-profit organization bringing music education and ensemble performance to prisons and jails in the United States. He is also a violist in the Affiliate Ensemble of Carnegie Hall, Decoda and an honorary ambassador to the city of Chuncheon in South Korea.