Harvey’s vision carries him to school board appointment 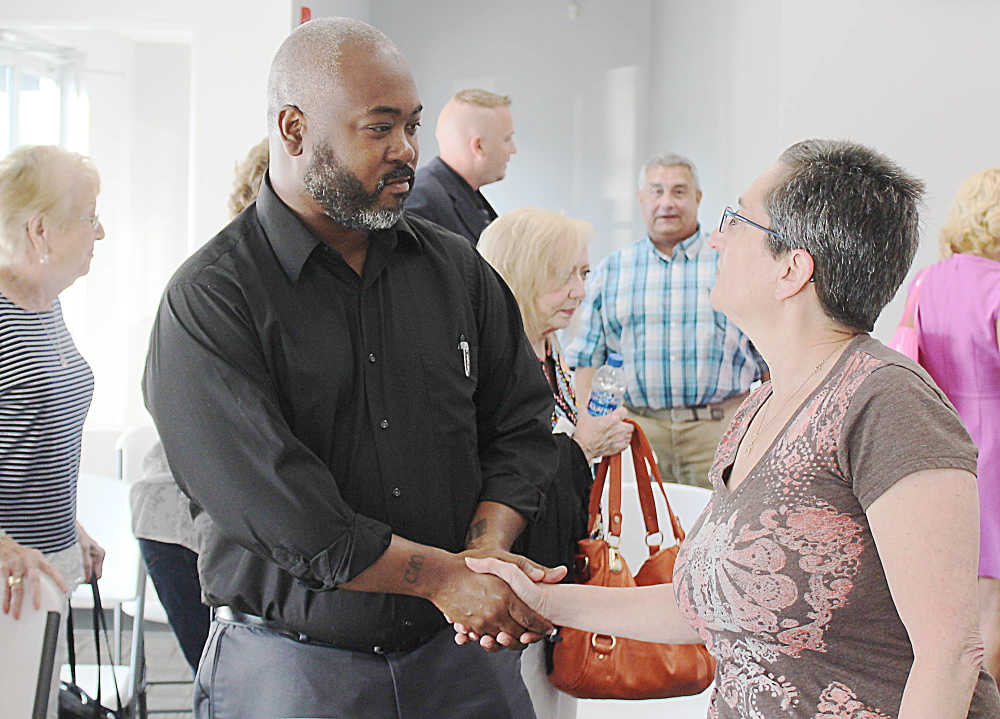 Following their unanimous selection of Russell Harvey as their newest colleague, the members of the Greencastle School Board weren’t asked for the reason Harvey was chosen from a field of four candidates Monday evening.

But Harvey’s answer to one question couldn’t have hurt his chances.

It was a simple question, some form of which is probably asked of every candidate for the board: “What, in your opinion, is the role of the school board?”

It’s a litmus test of sorts. Members of the board have traditionally seen their role as setting the tone for the corporation while letting the education professionals do their jobs.

And yet, in passing the test put forth by board member Bill Tobin on Monday evening, Harvey did it succinctly, eloquently, while managing to express a real truth about the function of any school board.

Bingo. Being a school board member, at least to Harvey, is about more than staying out of the way of the education professionals. Instead, it’s about letting them do their jobs while also ensuring that the people of the community have a voice in the process.

Harvey wants to be that voice for the people, and he’ll have his chance beginning with his first meeting on Monday, July 29.

Harvey was chosen over fellow candidates Ed Wilson, Doris Miller and Kim Fidler, all of whom the school board members praised.

A new board member is needed after the resignation of Lisa McCoy last month, one year after her appointment to the board by the Greencastle City Council.

Though it is the school board’s responsibility to make an appointment mid-term, on Monday the board took the step of inviting two members of the city council — Stacie Langdon and Adam Cohen — to not only attend the meeting, but offer their thoughts on the group of four candidates.

They also took a step they did not have to in publicly interviewing all four candidates. By law, the board could have used an executive session to narrow the number of applicants to three before doing interviews. However, White said everything would be done in public, regardless of the number of qualified applicants.

Each candidate was asked an identical set of eight questions, two each from board members White, Tobin, Brian Cox and Dale Pierce.

One thing that really came through in Harvey’s interview was his desire for better communication, which goes along with his desire to represent the vision of the community.

He said communication didn’t simply need to improve from the board and administration to the community, but that people should feel comfortable approaching board members with their concerns.

On the other hand, Harvey also said board members should be guarded in exactly what and how they express themselves. Asked by Cox about what is appropriate for a school board member to express on social media, Harvey indicated it might not be best to make personal statements in this manner.

“Ultimately I don’t think it’s good for a board member to be engaging with someone in the community in that way,” Harvey said. “Duking it out on Facebook or Twitter, I don’t think is the best way.”

Harvey also expressed his willingness to be involved for the good of the community in what can ultimately be a thankless job.

“Community involvement is a hard thing to get people interested in,” Harvey said. “It can be a tough job and a thankless job. I understand that aspect of it.”

He was also praised for addressing the possibility of being the only African American on the board.

“Just to be frank, there’s not anybody on the school board who looks like me,” Harvey said. “What I hope is that other little boys and girls in the community can look at that and know they can be a part of this.”

Cohen said he appreciated that this was part of Harvey’s opening statement to the board.

White added that he appreciated that, based on the statement, Harvey views himself as a role model for young people who feel underrepresented.

Of course, all four candidates brought their strong points to the discussion, something else the board and council members said they appreciated.

“I was a little disappointed that we only had four applicants but then I saw the quality of the applicants and those concerns went away,” Tobin said.

Drawing on his experience as a Greencastle Police officer, Wilson said he sees the need for safety measures in our community and schools.

“As a police officer in town, the safety and security of our children is number one,” Wilson said. “I think there are some programs I could bring to the board we could get at lower cost.

“The last thing I want to do as a police officer in town is to have to come to school and deal with something bad. It would kill me.”

Going hand-in-hand with safety concerns are thoughts about mental health.

“I think there are some mental health needs that need to be met in our town,” Wilson said.

Having worked with the school resource officer from Cloverdale, Wilson said he is aware of programs that could help Greencastle meet these needs.

Finally, Wilson, like Harvey, said he wanted to be accessible to members of the community.

“I would like to be the bridge between the folks and students in the community and you folks,” Wilson said.

A retired elementary school teacher from GCSC, Miller showed her passion for teachers and students, saying she wants to see a better learning environment created.

“I’d like to see more compliments for teachers,” Miller said. “Maybe make an appointment. Go in and dwell on the positive.”

She added that any decision the board makes that requires teachers to implement should involve teachers.

“You should have a committee of teachers, maybe one from each building,” Miller said, “if it’s something the teachers have to implement.”

Fidler came with the strongest education background, having served as a teacher at South Putnam for 16 years before taking on her current role as UniServ director for the Indiana State Teachers Association.

“Public education has been my passion for my entire life ever since I started kindergarten,” Fidler said. “It’s unfortunate that we’ve had some really bad legislation passed and budget cuts since 2009.”

She emphasized that due to these challenges created by the state, her background would be a boon to the board.

Like Harvey, Fidler said she sees the importance of the school board not meddling in what the administration does on a daily basis.

In her comments before the selection, Langdon noted Fidler’s astounding 20 references, many of whom were school administrators — often the adversaries of union representatives.

However, she also said she worried a bit about Fidler’s union background.

“Can she take her union hat off for the good of the corporation?” Langdon asked.

It’s unclear what effect, if any, this had on the board’s final decision.

However, the night seemed more about Harvey’s positives than about any other candidate’s negatives.

After discussing the matter, Cox made a motion to nominate Harvey, which was immediately seconded by Tobin.

With little to no discussion, White brought it up for a vote, with him and Pierce adding their affirmative votes.

“This was a very tough decision to pick one of the four of you,” White said. “We could have put the names in a hat, picked any one and pulled out a winner.”