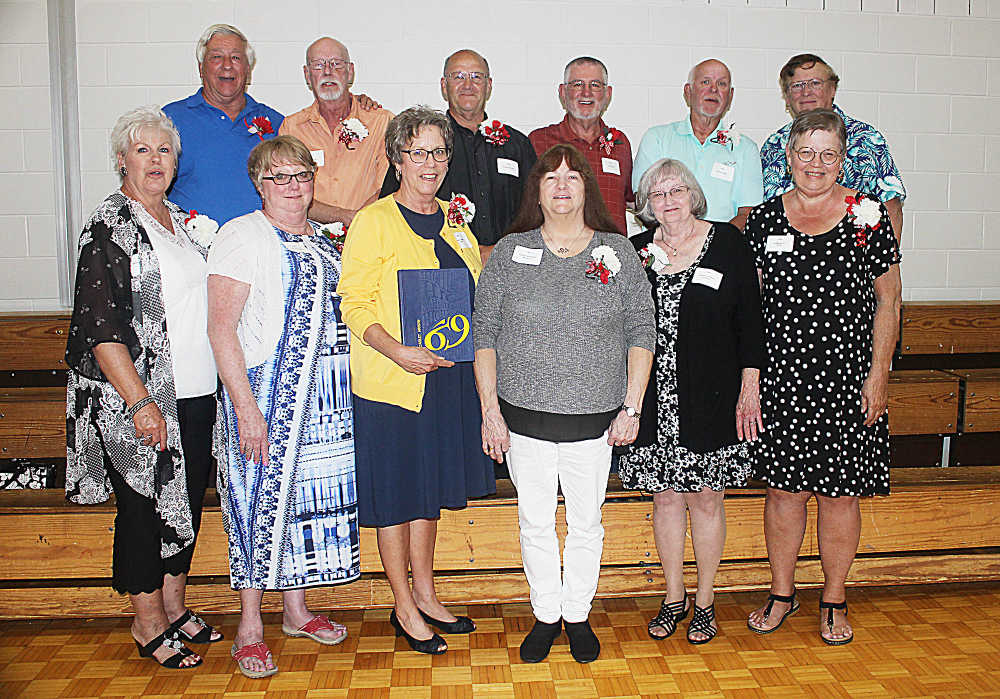 The 1969 graduating class of Reelsville High School was feted for 50 years since graduation at the recent Reelsville Alumni Banquet. This group was the last to graduate from the old high school before consolidation into South Putnam.
Courtesy photo

This was the last banquet, as President David Landes retired for health reasons and there was no one else who felt they could take on the task.

More than 130 graduates and guests attended. 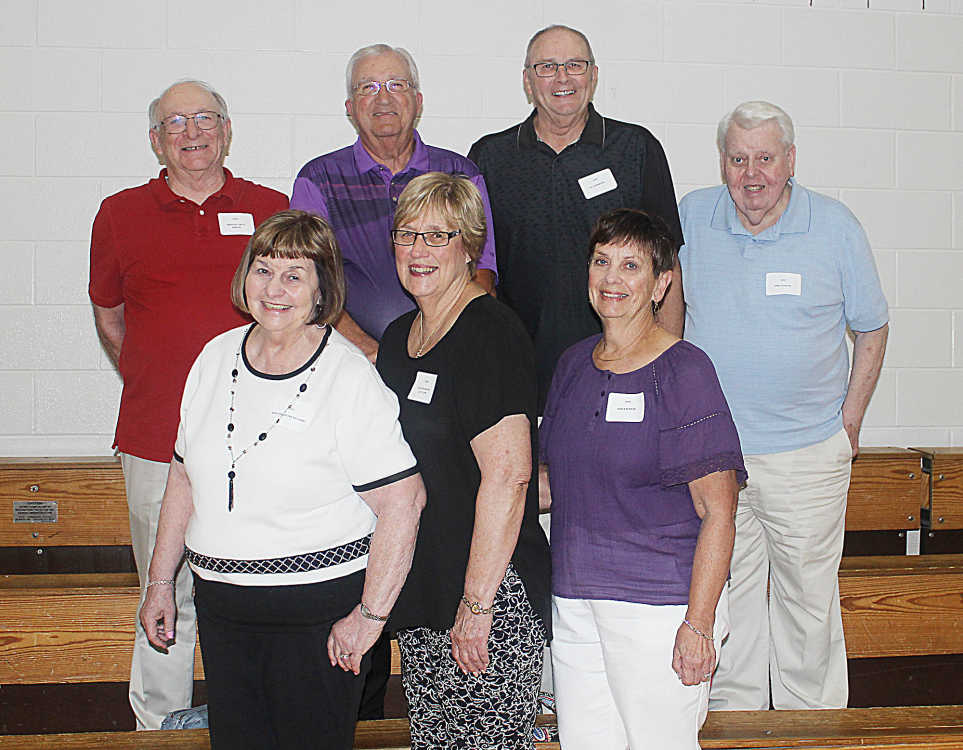 During the 64th and final Reelsville Alumni Banquet, the class of 1959 was honored on the 60th anniversary of its graduation from Reelsville High School.
Courtesy photo

Grace Cohn attended the banquet from the class of 1933. She was the oldest graduate there at 102 years and has attended almost all of the 64 banquets.

On May 14, 1955 the first banquet took place at the Reelsville School, with 182 graduates and guests attending. Lola Zaring Long from the class of 1906 was the earliest class represented.

Each year two South Putnam seniors will be awarded funds to help them attend a college, university, vocational, technical or business school full-time.

The 2019 scholarship winners were Helen Eaglin and Samara Young.

The Reelsville Alumni Banquets have been successful for many years thanks to the efforts of many people.

Organizers expressed their thanks to all who have participated and donated time and resources for the meetings and scholarships.