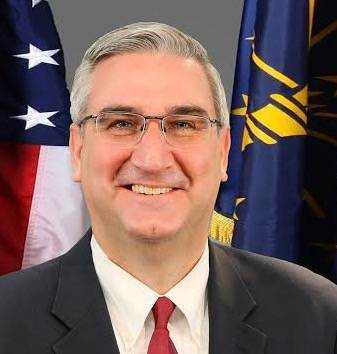 In a request covering nearly the entire state, Gov. Eric Holcomb on Friday petitioned for a U.S. Department of Agriculture secretarial disaster designation for 88 counties due to losses caused by flooding and excessive rain this planting season.

The heavy and frequent rainfall in Putnam County this spring puts it among the 88 that the governor believes qualify.

“Heavy and persistent rainfall has saturated fields across the state, hurting Indiana crops and our farmers,” Holcomb said. “As I continue to monitor this situation, Hoosier farmers can rest assured that we will keep a close eye on the long-term effects of these relentless rains.”

The request was made in a letter to USDA Secretary Sonny Perdue and signed by Gov. Holcomb, Lt. Gov. Suzanne Crouch and Indiana Farm Service Agency Executive Director Steven Brown.

National Oceanic and Atmospheric Administration data shows that the past 12 months have been the wettest on record in the United States.

A USDA disaster designation can be requested when at least 30 percent of one crop is damaged or lost in a county. Of the state’s 92 counties, 88 counties have reported data meeting that threshold.

The four counties that do not qualify sit in distinct pockets in separate areas of the state. Warren and Benton County are along the Illinois border west of Lafayette, while Shelby and Rush are side-by-side southeast of Indianapolis.

“The reality is that this has been one of the toughest seasons on record for farmers in Indiana and across much of the Midwest,” Kettler said. “I commend Gov. Holcomb and Indiana FSA Director Brown and his staff for recognizing the difficult situation farmers are facing and for working to make options available to them.”

The news of the state’s request comes on the heels of an announcement that the USDA has extended the deadline to file crop acreage reports for agricultural producers in Indiana impacted by flooding and heavy moisture.

“Agriculture operations throughout the state have been hit hard by heavy rains and flooding that have affected their operations,” Brown said. “The deadline extension provides more flexibility for producers who experienced planting and field work delays.”