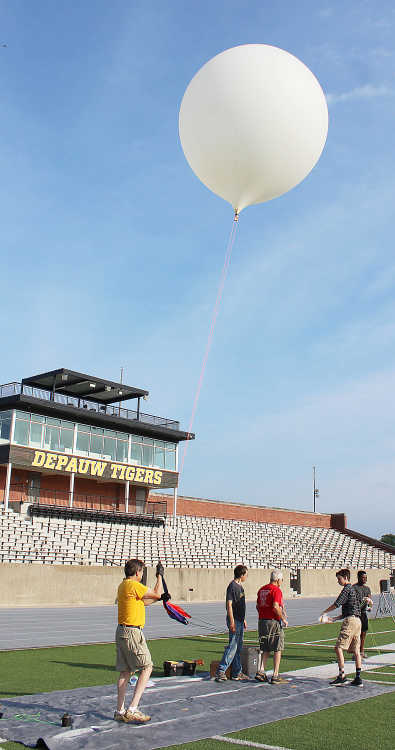 Fifty years to the day since man first set foot on the moon, a group of DePauw University scientists accomplished a feat of their own on Saturday.

Led by physics professor Howard Brooks, a group of faculty members, students and community members showed you can reach the edge of space while barely even leaving the county.

Reaching a maximum height of 108,858 feet, BASE 108 rose above 99 percent of Earth’s atmosphere before its helium balloon burst and it returned to Earth. 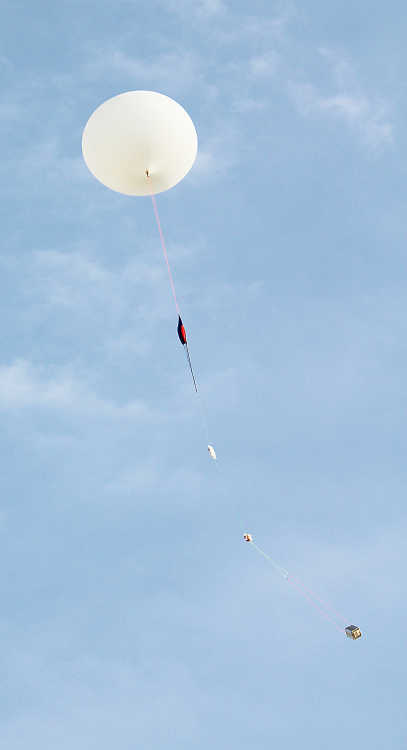 In doing so, the balloon and payload left Blackstock Stadium, traveled no farther east than Fillmore and then west to the air over Parke County, finally making touchdown in Madison Township.

Brooks was happy to tell about the flight, as well as good stories from the 107 BASE (Balloon Assisted Stratospheric Experiments) launches that came before.

A modest crowd gathered to watch inflation and liftoff shortly before 9 a.m. It took about 20 minutes to fill the balloon to its launch circumference of about six feet. Brooks said the balloon would be 30 feet across before it burst. 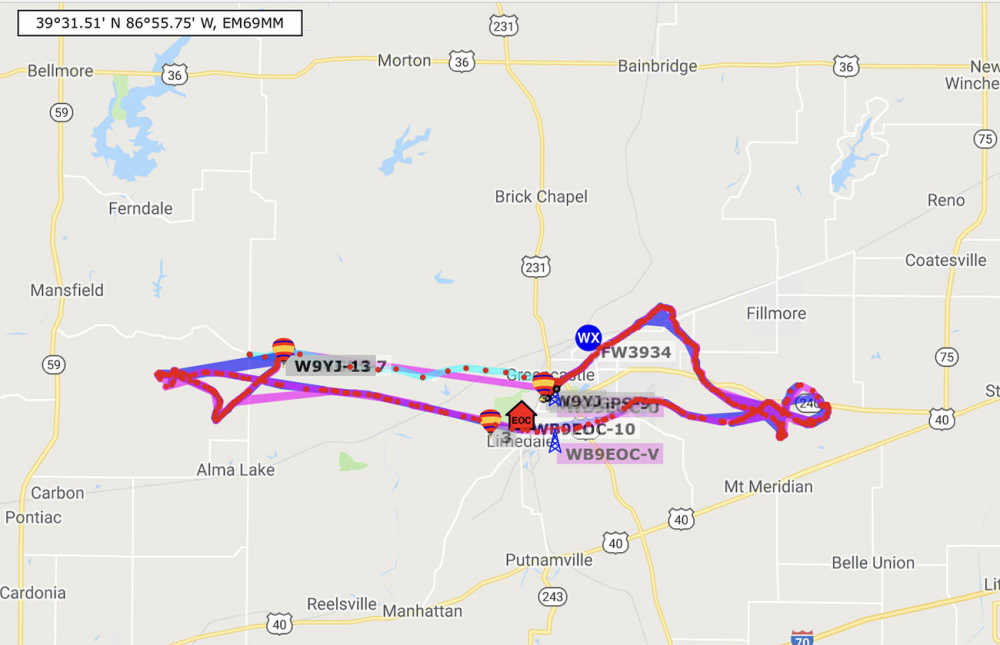 Going as far east as Fillmore then back west into Parke County ...
Banner Graphic/Jared Jernagan
Order this photo

Launch came at 8:52 a.m., with the balloon tracking east-northeast as it climbed at a rate of 14,000 feet per minute.

“The balloon initially traveled to the northeast passing over Tzouanakis Intermediate School where it turned to the southeast,” Brooks explained. “It stalled out at 54,000 feet over State Road 240 and County Road 650 East, south of Fillmore.

“The balloon then traveled generally west, passing over Limedale and reaching the eastern edge of Parke County before returning east to its landing point,” Brooks added. “The landing spot was near the intersection of County Road 75 South (West Walnut) and County Road 825 West in western Putnam County.” 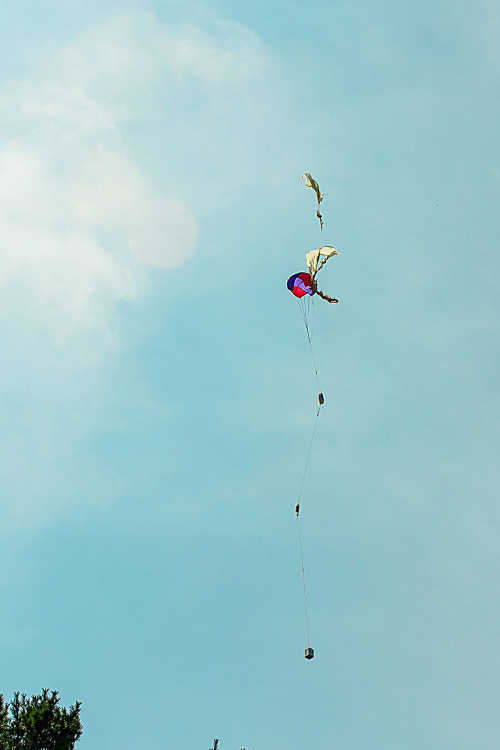 ... before touching down (right) in western Madison Township at 10:37 a.m.
Banner Graphic/Jared Jernagan
Order this photo

The flight took one hour and 45 minutes.

“Everything was recovered in excellent condition.”

The “everything” of which Brooks spoke included a special payload on BASE 108.

While BASE experiments don’t always take place on important anniversaries, Brooks used this momentous anniversary to invite community members to send small items to the edge of space.

While landing about seven miles from the launch point may seem remarkable for a flight of this altitude, the ultimate landing spot seemed to fall in line with computer models Brooks shared prior to the flight.

Had the balloon burst at 85,000 feet, it was supposed to land in the Fillmore area. Reach 105,000 feet and the projection was to land in the area of Saddle Club Road west of Greencastle.

In topping 108,000 feet, the flight drifted back even farther to the west.

Brooks has had even shorter trips to recover payloads. He recalled one that was launched from campus and came to rest just two miles down the road in Limedale.

Another trip was destined for a much longer trip.

Brooks recalled doing a launch from Brazil in which the wind carried the balloon to northeast Ohio.

The professor and his team dutifully set off to track down their equipment but discovered that the parachute and payload had landed in Lake Erie and was drifting north toward Canada.

Although those were the days when U.S. citizens could cross into Canada without a passport, others in Brooks’ party might not have been so lucky.

“I had a citizen of the People’s Republic of China and an Indian with me,” Brooks recalled. “We got to northern Ohio and I said, ‘We’re going home.’”

The equipment did, however, make it back. Brooks recalled that though it was winter, the lake had not yet frozen, making it possible to drift all the way to the north shore.

A man found it in a southern Ontario provincial park, contacted Brooks and sent it back.

There were no such giant leaps in the latest BASE experiment, but Brooks seemed perfectly content with one small step.