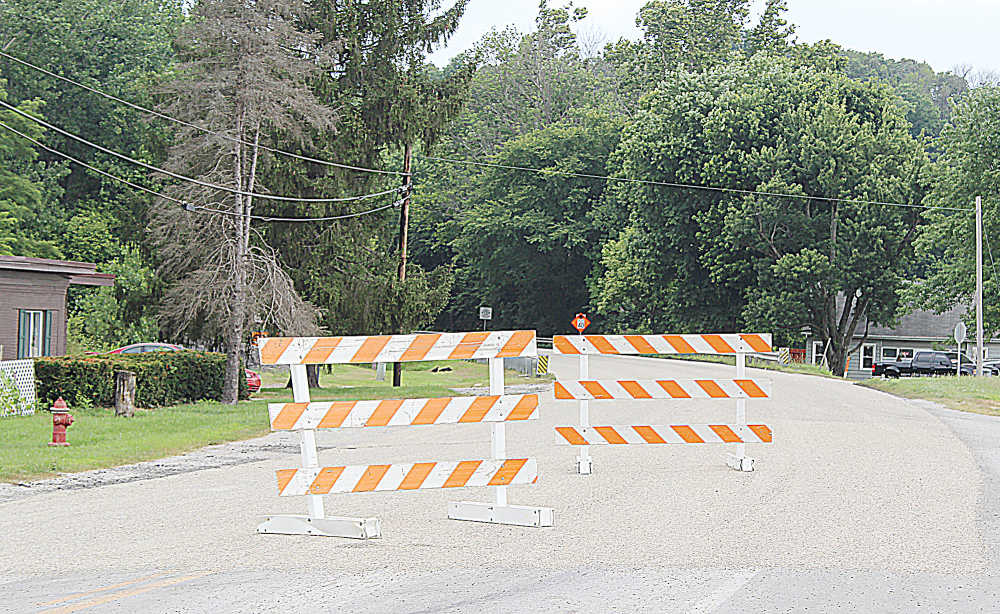 With chip-and-seal work beginning on Monday morning north of Greencastle, U.S. 231 is closed to through traffic between the Putnam County Fairgrounds and U.S. 36. All motorists whose destination does not lie directly on the stretch of 231 in question have been directed around the closure. While the official detour follows U.S. 40, State Road 75 and U.S. 36, a number of alternative routes along county roads are also avaiable. According to the Indiana Department of Transportation, the work is scheduled to last through Thursday, Aug. 1, though it’s unclear what effect, if any, Monday afternoon rains had on the schedule. Once the chip and seal has cured, crews will sweep the highway clear of loose stone, apply a fog seal surface coat and paint pavement markings.
Banner Graphic/JARED JERNAGAN
Order this photo
Comments
View 7 comments
Note: The nature of the Internet makes it impractical for our staff to review every comment. Please note that those who post comments on this website may do so using a screen name, which may or may not reflect a website user's actual name. Readers should be careful not to assign comments to real people who may have names similar to screen names. Refrain from obscenity in your comments, and to keep discussions civil, don't say anything in a way your grandmother would be ashamed to read.
Respond to this story