He was born April 18, 1955 in Plymouth to Glenn and Nora Tellkamp Baker.

Steve worked in the Baker family business, Baker’s Remove-All, with his dad from 1978. In 1993 Baker Septic Service was started, and Steve became the owner of the business in 2010. 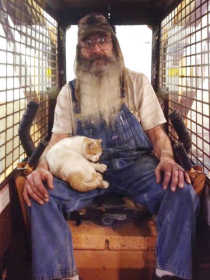 Steve always had a helping hand for anyone in need. He never met a stranger.

His father preceded him in death.

The family invites you to celebrate Steve’s life on Friday, Aug. 16 from 4-8 p.m. at Harris Hall at the Putnam County Fairgrounds. Inurnment will be private.

Memorials in memory of Steve may be directed to the Putnam County Humane Society. Envelopes will be available at the celebration.