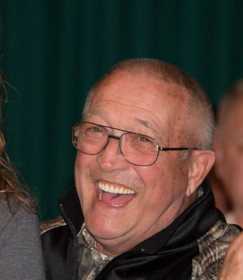 He was born on Dec. 25, 1939 in Reelsville to the late Chester and Thelma (Head) Williams.

Melvin graduated from Reelsville High School and went on to marry Rosemary Perkins on May 20, 1967.

In 1999 he retired from Olin Brass, previously Bridgeport Brass.

Melvin loved spending time with his family, especially his grandbabies. In his free time he enjoyed farming, remodeling houses and in his younger days he loved to hunt raccoons and squirrels.

He was preceded in death by his brothers, Chester, Donald and Thomas Williams, and his sister, Marilyn Joann Wools.

Funeral services will be held at 1 p.m.. Tuesday at Moore Funeral Home in Brazil, with Pastor Jeff Bridgewater officiating and burial to follow at Calcutta Cemetery. The family will accept friends for visitation on Tuesday from 11 a.m. until the time service.