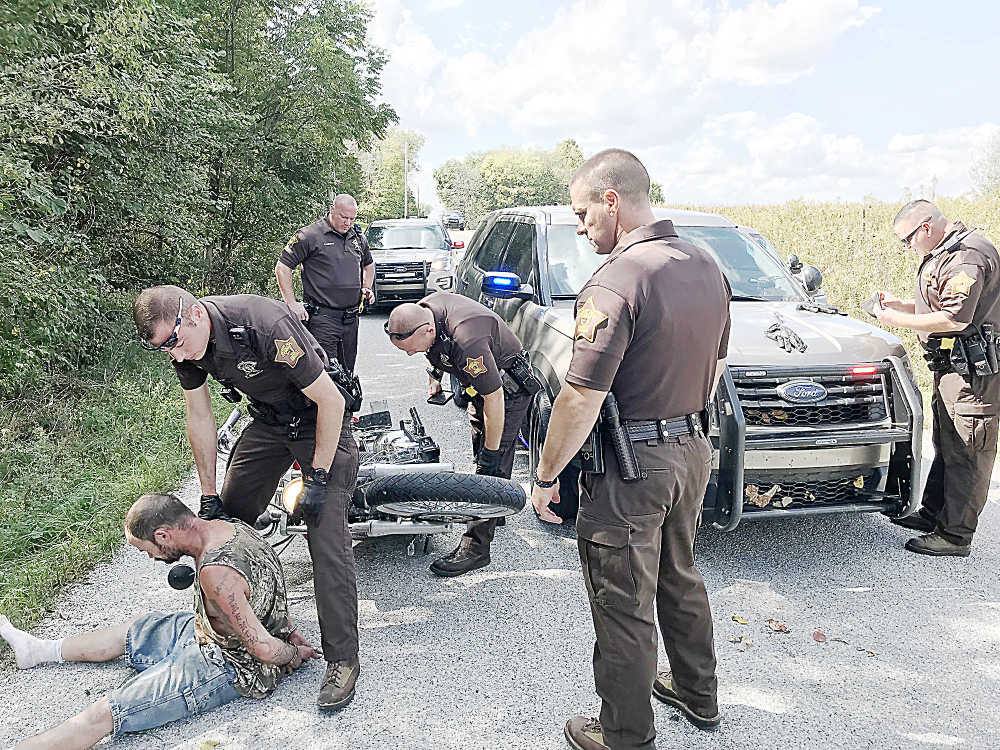 A long pursuit through parts of two counties landed a Coatesville man in the Putnam County Jail Tuesday afternoon.

After fleeing police on a motorcycle for nearly an hour, 48-year-old Timothy Ray French was booked in the jail on charges of possession of methamphetamine, resisting law enforcement with a vehicle and reckless driving.

Deputy Brian Helmer was patrolling the Heritage Lake area when he attempted to stop a motorcycle for having an expired license plate. 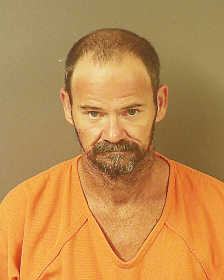 Police said the driver then sped up to evade the officer. The department Facebook post noted that running from Helmer in particular was not a good idea.

“Not a wise decision since Deputy Helmer is our emergency vehicle operations instructor,” the post said.

During the pursuit, French allegedly threw multiple items out as he fled.

An Indiana State Trooper who was trailing picked up the items, recovering 28 grams of suspected methamphetamine.

The pursuit lasted nearly an hour with speeds ranging from the speed limit to as high as 100 mph.

Stockton noted that the pursuit, which led into Hendricks County and back into Putnam, was not undertaken recklessly.

“When we have these pursuits, paramount is public safety. So we take into account traffic conditions, weather conditions,” Stockton said. “If at any time we thought the public was at risk, we would have called it off.”

North Putnam Community Schools was notified and at one point schools were briefly placed under lockdown.

Eventually, while driving on County Road 500 North just west of Heritage Lake Campground, French slowed his Harley Davidson to an extremely low speed, allowing Stockton to get around him and block his path.

He then swerved into the fender of Helmer’s vehicle before laying the bike down on its side. Officers were able to take him into custody at this point.

Putnam County Operation Life transported French to Putnam County Hospital to be checked out. He was then arrested and taken to the jail, where he was booked in at 4:14 p.m.

The case will be turned over to the Putnam County Prosecutor’s Office for formal charges.