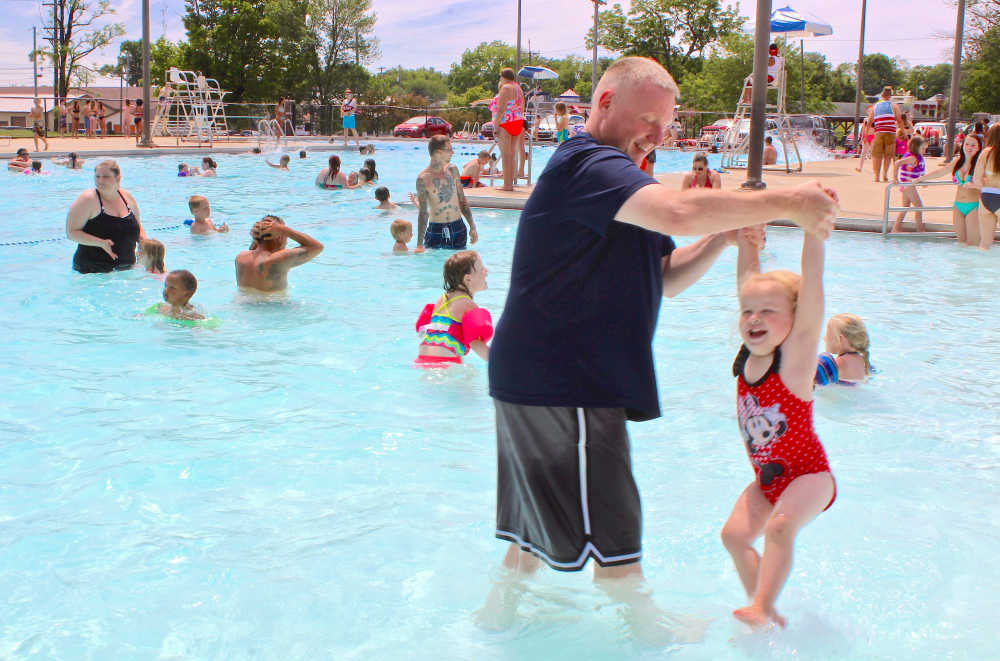 Citing the “reasonable” nature of a bond issue that would make a splash in funding $1.6-$1.8 million in improvements to the Greencastle Aquatic Center and Robe-Ann Park, the City Council Thursday night unanimously approved a resolution authorizing issuance of the bonds by the Park Department.

The ambitious project — the city’s biggest investment in the pool and park since the facility and water slide were put in more than a quarter-century ago — is expected to cost taxpayers approximately $7 in additional taxes annually for the next 20 years, it was determined.

If the bond issue ends up at $1.6 million, the increase would amount to “less than a penny” on the tax rate, reported Emma Adlem of Baker Tilly Financial Services (formerly Umbaugh & Associates), the city’s financial advisers on the bond issue.

Should the bond issue be for the maximum proposed amount of $1.8 million, the effect would be “just a tiny bit over a cent increase,” she said.

The actual estimated cost of the project, as proposed, is $1.6 million.

The $1.8 million scenario, Adlem explained, exists “in case you want to change your mind or add a project or do something before the bonds are sold. That’s the reason there’s two scenarios.”

It was also pointed out that the bond formula uses a constant assessed value for the city in figuring tax rates over the next 20 years. It is extremely unlikely that the city’s total assessed value wouldn’t at least increase incrementally throughout that period.

“It is conservative,” Adlem agreed.

“And I want to be conservative, too,” Lemon replied.

Mayor Bill Dory, using a $100,000 assessed value of a home as an example, determined that the tax increase for such city homes (most of which have much lower AV rates) would be $7 annually.

“So that’s our worst-case scenario,” Councilman Dave Murray pointed out.

“To be able to improve one of our crown jewels in the community at that cost seems very reasonable to me,” Murray added before making the motion to approve Resolution 2019-11 to authorize issuance of the park bonds.

Another numbers guy, Councilman Mark Hammer (a CPA by day), suggested it might be even more reasonable.

“You can safely say it’s going to fall between $5 and $10 a year,” Hammer projected.

The bond issue, which wraps around the repayment of current city general obligation bonds that are maturing, is scheduled to be paid off in 2039.

The bond issue would fund several projects at the aquatic center, including:

• Bathhouse renovation, including refurbishment of the existing facility, expansion to include new family changing rooms and a new entry area.

• Installation of a new two-flume water slide along with removal of the existing water slide.

• Installation of a new drop-type water slide in the diving well.

• Installation of children’s water play structures in the zero-depth end of the pool.

• Creation of a reserve for pool equipment replacement for upcoming pump and filter replacements (to be funded by EDIT dollar allocations).

The bond issue would also help fund projects within Robe-Ann Park, including:

• Development of an event space near shelterhouse No. 1 (on the hillside overlooking the bandshell), including reconstruction and/or realignment of the existing road for parking.

•Expansion and reconfiguration of the pool and tennis court parking, including landscaping.

City Council approval of the resolution now sets in motion a timetable that is expected to result in a Nov. 20 bond sale and a Dec. 6 closing.