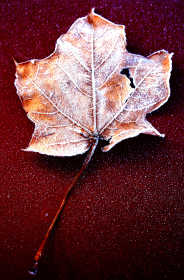 One of the unintended consequences of essentially being homebound the past few weeks is that I’ve been able to spy on my own neighborhood.

Maybe not like neighborhood TV sitcom snoop Gladys Kravitz in her own bewitching way but nonetheless with interesting results.

For example, the other day a woodpecker landed on the brick accent wall that borders my patio. That doesn’t happen every day. It’s like the family of deer that periodically show up in my back yard.

The next afternoon, as I was writing another story, movement across my yard caught my eye and I looked up in time to spot not one, not two, not three, but four squirrels chase after each other, running under the gate to my fenced side yard and off into the Highwood/Highfall neighborhood. Squirrels are nuts.

I spied even more unusual activity the next day – not the kind that necessarily warrants a neighborhood watch program – but odd nonetheless.

One of my neighbors was busily raking up the leaves in his front yard. Now I don’t know about you, but even today I probably don’t have enough downed leaves to fill a Kroger bag.

Yet there he was, out there in all his rakish glory, even though city leaf pickup (scheduled for Oct. 28-Nov. 27) won’t begin for more than two weeks.

A couple hours later, I couldn’t help but smile when I came across a USA Today story on Twitter. Its headline read “Raking leaves again this fall? Stop right now.”

And with that, my years of autumn laziness had been vindicated.

The story noted that environmental experts say raking leaves or otherwise removing them your property is bad “not only for your lawn but the planet as a whole.”

Of course, people generally rake up leaves and dispose of them to keep their lawns from being smothered and make their yard look better.

A better suggestion, the story notes, is to chop them up, mulching them with a grinding blade once a week.

Back when I did my seven-year stint as Dixie Chopper PR guy, I learned that was one function of the World’s Fastest Lawn Mower’s operator-controlled discharge chute (Art Evans speak for mulching blade) on the right side of the mower. Close that chute and let the leaves turn into dust under the hyper-spinning blades.

But what really piqued my lazy nature was a suggestion by veteran mowing guys to cut your lawn extra short on the final cut of the season, helping prevent leaves from sticking to your grass and allowing them to merrily blow over to the next guy’s lawn. Sorry, dear neighbors.

After all, this ain’t Kansas but all they are is dust in the wind.

In Greencastle, we rake leaves to the curb where the Department of Public Works comes along with its leaf vacuum and sucks them up. No sticks, no other debris, please. No plastic bags. And don’t even think about raking them into the street where they can wash into the storm sewers and cause clogging problems.

Had some clogging problems myself with the old ticker this summer as I’ve shared previously. I’m sure there’s a medical journal piece somewhere that vindicates my yard work aversion by saying raking leaves can be bad for your heart.

Until I can find that, know this: I’ve got my eye on the neighborhood but your leaves are safe from me.

As for Gladys Kravitz, she’s on her own …