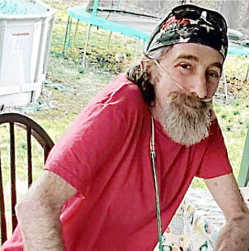 Roy was born on April 8, 1965 in Putnam County to Steven Albert and Barbara (Harvey) Clark.

Roy worked for more than 16 years at Roadway in Indianapolis as a dock worker and as a driver. He enjoyed hunting, fishing and doing anything outdoors with his friends and family.

Roy was a warrior and a fighter, constantly battling an illness for several years. His family was everything to him and gave him an even stronger will to live. He will be greatly missed by all who knew him.

Roy was preceded in death by two children, Steven Roy Clark and Misty Brooke Clark; and both maternal and paternal grandparents and several aunts and uncles.

A celebration of life for Roy will be held on Saturday, Oct. 19 from 11 a.m.-1 p.m. at the Reelsville firehouse.

The Clark family has entrusted Simplicity Funeral and Cremation Care - Indianapolis with all arrangements.

Visit www.simplicityfuneralandcremationcare.com to leave a condolence or a message for the family.