Postmodern Jukebox to bring ‘the Twenties 2.0’ to DePauw 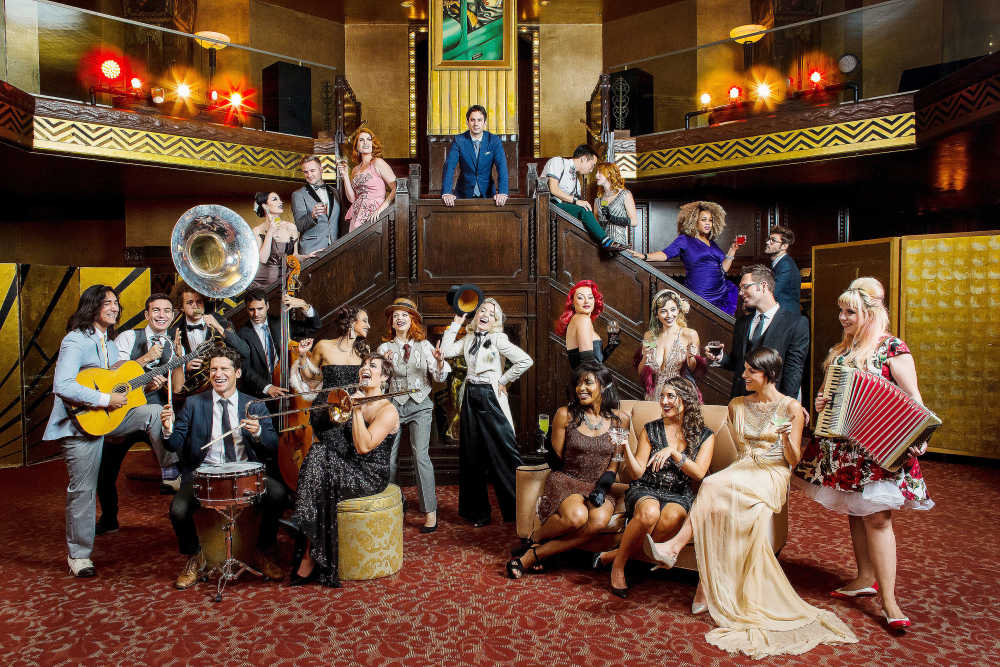 With more than a billion YouTube views to its credit, musical collective Postmodern Jukebox will be live on stage at DePauw University on Saturday, Oct. 26.
Courtesy photo

The DePauw School of Music will open the Green Guest Artist Series on Oct. 26 with YouTube-famous Postmodern Jukebox.

Started by Scott Bradlee in 2009, the musical collective has gone on to amass more than a billion YouTube views with 3.5 million subscribers, and has chalked up more than 1.7 million fans on Facebook.

For the past half decade, Postmodern Jukebox has toured the world playing hundreds of shows to sold-out houses on six continents.

To usher in the upcoming Twenty-Twenties, Postmodern Jukebox has circumnavigated the globe in 2019 on their “Welcome to the Twenties 2.0 Tour.” The tour is meant to prepare the world for a new decade – one that creator Scott Bradlee hopes will see a return to the style and craftsmanship that typified the music of past generations.

“Last time around the Twenties gave us jazz, America’s one true art form. Who knows what is possible in the 2020s?” says Bradlee. “One thing that is for sure is that there are a lot of folks that are tired of the clickbait headlines, mindless reality TV and smartphone addiction that has only served to divide people in the last decade.

“We’re using our small corner of the pop culture space to tell people to forget their troubles, and come join us for a night of celebrating true musical talent and timeless style – live and in real life,” added Bradlee.

“We are very excited to host Postmodern Jukebox,” says Steven Linville, director of productions at DePauw. “I’ve been a fan of the groups since they first began posting videos on YouTube. They present a mixture of pop music with jazz and tap dancing. Everyone is sure to recognize one of their many selections – ranging from Michael Jackson’s “Thriller” to songs by Lady Gaga and many others.”

The concert begins at 7:30 p.m. in Kresge Auditorium of the Green Center for the Performing Arts.

General admission tickets are $20. Tickets for all students, youths and senior citizens are free thanks to season sponsors. Additionally, Postmodern Jukebox has created VIP and meet-and-greet packages ranging from $50-$100 for those who would like to meet the performers.

Tickets are available online at music.depauw.edu or at the Green Center box office open from noon to 4 p.m. Monday through Friday. Due to construction, patrons are urged to arrive early.