Parents missing out by not taking advantage of scholarship program 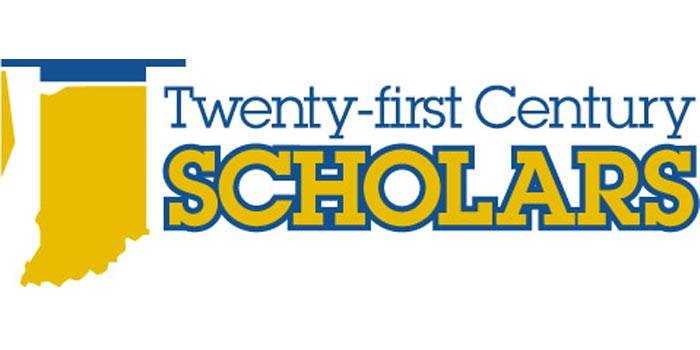 Uninformed or just too proud?

Either way, by not taking part in a program that ultimately could mean full tuition and fees paid for their child at any public university in Indiana, many Greencastle parents are missing the boat, school corporation and city officials agree.

Simply stated, the 21st Century Scholarship program makes those who meet free and reduced lunch guidelines during a student’s middle school years eligible for full tuition at any of the state’s public universities.

During a report to the Greencastle City Council at its October meeting, Greencastle School Board member Brian Cox said 21st Century Scholarship program participation “is something of a concern to the school board and the school corporation.”

Only about 30 percent of Greencastle families eligible for the scholarship program have taken advantage of it, Cox told the Council. Meanwhile, other Putnam County corporations are reportedly averaging 80-90 percent participation.

“We felt like our numbers weren’t where they needed to be,” Cox told the Council, “and quite frankly, it’s something we’re looking into and we’re really going to push harder this year to make sure that all families who qualify are signed up because it really can change peoples’ lives.”

Councilman Dave Murray, who has headed the National Center for College Costs for 20 years, wholeheartedly agreed.

“It’s basically a program that ensures that if you meet the free and reduced lunch guidelines in the middle school years, you are not guaranteed but each year it winds up being full tuition and mandatory fees at any public university in the state,” Murray explained. “Because a lot of these students have federal Pell Grant eligibility, that comes in on top to help with books, transportation and room-and-board expenses.

“So if you’re commuting from here to ISU or IUPUI, all that Pell Grant money comes back to you to help with transportation costs.”

Murray called it “absolutely essential” the school corporation gets eligible families signed up for the program to help further their children’s educations.

“It’s the difference between having an option after high school and not having a college option after high school for a lot of those eligible families,” the councilman added. “With the free and reduced lunch rate at 48 percent (in Greencastle schools), that means half of the Greencastle kids are eligible for this program, and we have to get them signed up. We just have to.”

Murray was pleased to hear Cox say the school corporation is attempting to address its low participation numbers. Consider the City Council in its corner.

Councilman Gary Lemon stressed that it definitely is a program “people should be taking advantage of.”

“Indiana’s at the cutting edge of this,” Lemon said, “and it is a great program. The first time I heard about it, I thought, ‘This is too good to be true.’ We need to get the word out that this is true and there is no Catch 22.”

Meanwhile, Cox assured that the school board and school corporation will be making a major effort to make parents aware of the program and its benefits. Council members encouraged that endeavor.

“We would like to have 100 percent (participation),” the school board member said, “but I think if we could get in the 90s, we’d be very happy with that number. I think we were probably down in the upper 20s to lower 30s this past year, so we’ve really got to get those numbers up.”

After all, it is Greencastle families and students who would benefit from renewed school board and corporation attention.

“So we take it very seriously and we’re working on it,” he added.

There’s no down side to signing up, Murray said.

However, sign-up must come by the end of a student’s eighth-grade year, making it a potential planning issue for some families who may not be looking that far ahead.

“If you don’t sign up by June 30 of your eighth-grade year, you can never sign up,” noted Greencastle School Supt. Jeff Hubble, who was in the audience for the Council meeting. “So we have to get our seventh- and eighth-grade parents to understand this is college. How many people are thinking about their kids’ college in seventh or eighth grade?”

Councilman Murray offered “a quick bit of history” about the program.

“This started in the Evan Bayh Administration,” he said. “The state grant program in Indiana is one of the most generous need-based grant programs in the United States.”

Cox told the Council he tells people to go talk to the guidance counselors at the middle school if they haven’t yet done that.

“There’s nothing to lose by applying,” he stressed.

Murray noted that there is another benefit to increased participation in the scholarship program.

“Another thing about this,” he added, “is it cuts down student loan debt or eliminates it altogether.”

“The only debt that’s higher than student loan debt,” he added, “is home mortgage debt, and we’re gaining on that.”

The 21st Century Scholarship program, Murray concluded, “is in response to the fact that student loan debt is through the roof.”

In addition to talking about the scholarship program, Cox also told the City Council that for the next six months, the school board will conduct a work session before each of its monthly board meetings.

Depending on the topic, those sessions will start between 5:30 and 6 p.m. the fourth Monday of each month (beginning at 7:30 p.m.) at the corporation offices off Mill Pond Lane (across from the middle school), he said.

Like regular board meetings, the work sessions are open to the public and will routinely cover one to two topics, Cox said.