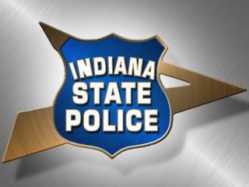 PUTNAMVILLE — A Plainfield man found himself in the Putnam County Jail Sunday afternoon after he passed an unmarked Indiana State Police car and was found to be under the influence and in the possession of illegal drugs.

At about 1 p.m., Spencer S. King, 21, was stopped on U.S. 40 for exceeding the posted speed limit after using the right lane to pass the unmarked police car. The trooper reported that King was traveling 71 mph in a 55-mph zone in front of the Indiana State Police Post at Putnamville.

Further investigation by the trooper revealed that King was under the influence of a controlled substance. King agreed to submit to a chemical test.

Additionally, King and his passenger, 19-year-old Emma Segraves, also of Plainfield, were found to be in possession of marijuana and paraphernalia.

Both were transported to the Putnam County Jail.

Segraves was booked in at 3:36 p.m. for possession of marijuana, reckless possession of paraphernalia and maintaining a common nuisance.