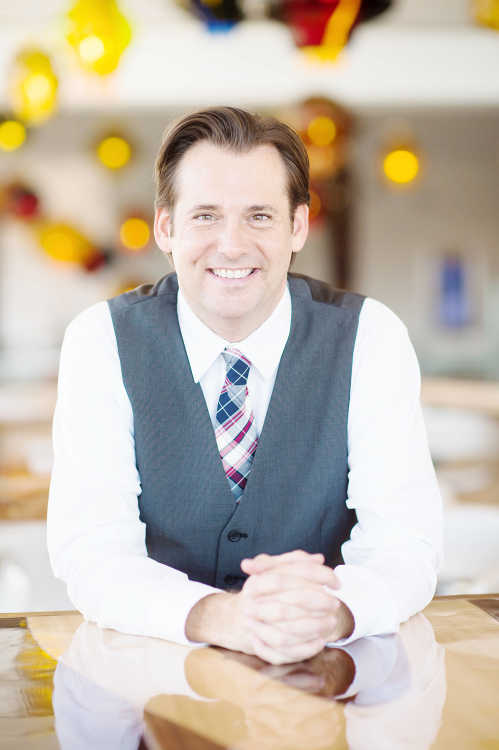 DePauw University’s School of Music will continues its Live from Music on the Square program this Wednesday, with tenor Kerry Jennings and pianist Laura Brumbaugh presenting an evening of musical theater favorites inspired by Linda Eder’s CD “Broadway My Way.”

With songs spanning some 80 years, Jennings says there promises to be a little something for everyone.

“Many of the songs are synonymous with great performers whose renditions could never be eclipsed,” he said. “Yet the opportunity to perform them was something I could simply not pass up.”

The program will include tunes made famous on stage and on screen by some of Broadway’s most celebrated stars. From Judy Garland to Bernadette Peters and from Disney to “Dear Evan Hansen,” Jennings has curated an evening of songs that reflect significant meaning in his life as a teacher and musical theater enthusiast.

“Last year we launched Live from Music on the Square with a cabaret that brought the house down,” says Mark Rabideau, director of 21CM at the School of Music. “We just couldn’t resist doing it again with another pair of our own beloved School of Music faculty and staff members.”

The event, which will be held at Music on the Square, will begin at 7:30 p.m. with doors opening at 7 p.m. No tickets are required.

There will also be a cash bar serving wine, beer and well drinks for those interested in enjoying a beverage during the show.