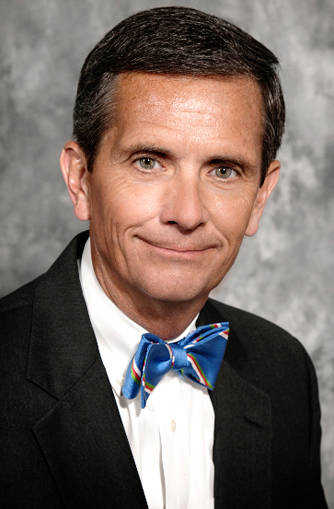 Prosecutor Tim Bookwalter was charged with professional misconduct in the commission’s Oct. 16 filing. The complaint is related to the 2018 prosecution of Justin Cherry, who was originally found guilty of nine felonies and sentenced to 72 years in prison.

Cherry and co-conspirators Paul Reese Jr., Charles Maybaum and Daltyn Randolph committed a pre-dawn home invasion in April 2017, holding an elderly couple at gunpoint as they ransacked the house and made off with multiple items, including the couple’s SUV.

The allegations against Bookwalter revolve around a key witness, Michael Hostetter, who placed Cherry at the crime scene and linked the victims’ stolen weapon to Cherry.

During an unrelated police raid in Marion County, Cherry confided in Hostetter that he had committed a burglary in Putnam County.

Hostetter, who had a pending criminal matter in Parke County, shared the information about Cherry with Putnam County Sheriff’s Department Det. Pat McFadden following the raid.

In preparing for the Cherry trial, Bookwalter learned of the taped interview with Hostetter, which he shared with Cherry’s defense counsel.

The complaint alleges that Bookwalter personally intervened with a deputy prosecutor in Parke County, helping to get Hostetter a sentence of home detention, rather than incarceration with the Indiana Department of Correction.

According to an email between the two attorneys, the deputy prosecutor agreed not to oppose the sentence modification if Hostetter agreed to testify “truthfully at deposition and trial of all co-defendants in Shelby, Putnam, Owen and Parke counties.”

While this sort of agreement between the attorneys is not a problem, the agreement was allegedly not disclosed to Cherry’s defense attorney, the reason the matter went before the disciplinary commission.

The possible misconduct apparently only came to light based on comments Hostetter allegedly made outside the courtroom as well as his appearing in court in street clothes, rather than prison attire. Sydney Tongret, Cherry’s public defender, interviewed Hostetter during a break in the trial and Hostetter said he was not promised anything to testify.

The complaint alleges that during the trial, Bookwalter turned over evidence of his exchanges with the Parke County Prosecuter on behalf of Hostetter’s request for home detention.

This was addressed in Judge Matt Headley’s jury instructions prior to deliberation, with Headley telling the jury the state has the duty to timely disclose information about witness contact and assistance to the defendant and that the state had not done so.

The commission alleged Bookwalter’s failure to disclose information violated Rule 3.8(d) of the Indiana Rules of Professional Conduct regarding prosecutors’ duties to disclose evidence to the defense.

For his part, Bookwalter maintains that the issue was dealt with during the trial.

“Justin Cherry, along with three other conspirators, was charged with a violent home invasion of an elderly couple in Putnam County in 2017,” Bookwalter said. “During Mr. Cherry’s trial an issue was raised in a complaint brought before the court. We continued the trial and dealt with the issue to ensure that Mr. Cherry got a fair trial.”

While not necessarily pertinent to this matter, Cherry appealed his convictions to the Indiana Court of Appeals earlier this year, getting several of the convictions overturned based on double jeopardy.

However, when the matter returned to Putnam Circuit Court, Headley still handed down a 55-year-sentence on the remaining charges.

“His conviction was upheld by the Indiana Court of Appeals and he is serving a 55-year sentence in the Indiana Department of Correction,” Bookwalter said. “I intend to respond to any questions regarding the Justin Cherry trial and subsequent conviction.

“I will continue to vigorously prosecute violent criminals in our community.”

While the disciplinary commission has found cause to charge Bookwalter with misconduct, only the Indiana Supreme Court has the power to take action against Bookwalter.

With formal disciplinary charges now filed, the next step will be for the Supreme Court to appoint a hearing officer to oversee an evidentiary hearing in the matter.

Only after the hearing officer issues a report would the Supreme Court issue a final order in the case.