Among nearly 20 windows decorated in downtown Greencastle as part of the second-annual Spook-tacular Window Deocrating Contest, the windows at TapHouse Burgers, painted by Tzouanakis Intemediate School representatives, were chosen as the most creative. Also winning awards were submissions from Girl Scout Troop 4262 and Wasser Brewing Co.
Courtesy photo

The Greencastle Civic League, in partnership with the Greencastle Arts Council, has presented three $50 prizes for the second-annual Halloween window decorating contest.

Prizes were awarded to the following organizations in these categories: 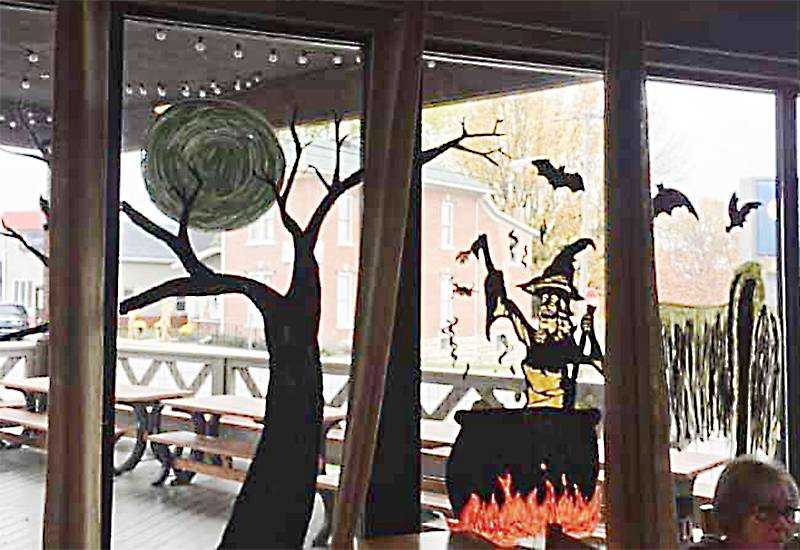 In the second-annual Spook-tacular Window Deocrating Contest the Wasser Brewing Co. submission was chosen as the spookiest.
Courtesy photo 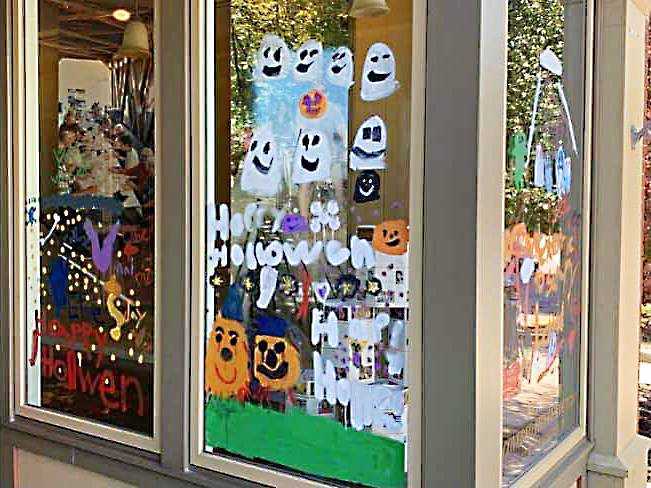 Girl Scout Troop 4262's submission on the windows of the Putnam County Convention and Visitors Bureau was selected as having the most hometown spirit.
Courtesy photo

“We are excited that so many groups participated and that their creativity and hometown spirit really shone through,” said Megan Linneweber, president of the Greencastle Civic League. “Next year, we hope to see even more windows painted around the square.”

Individuals and groups interested in learning more about next year’s contest details can get on a list for an announcement in mid-2020 by emailing greencastlecivicleagueinc@gmail.com.

Greencastle Civic League Incorporated was founded in 1984. Its mission is to improve life in Greencastle, primarily through beautification, clean-up projects, cultural development and the arts. Major projects include the construction of the Emerald Palace playground at Robe-Ann Park, the creation of the Bob York Splash Park and a number of murals downtown. The group also facilitates ParkFest, the 4th of July Pancake Breakfast and two annual highway clean-ups of its sponsored portion of the Veterans Memorial Highway. Learn more at www.GreencastleCivicLeague.org.