Why is there no school on Tuesday? 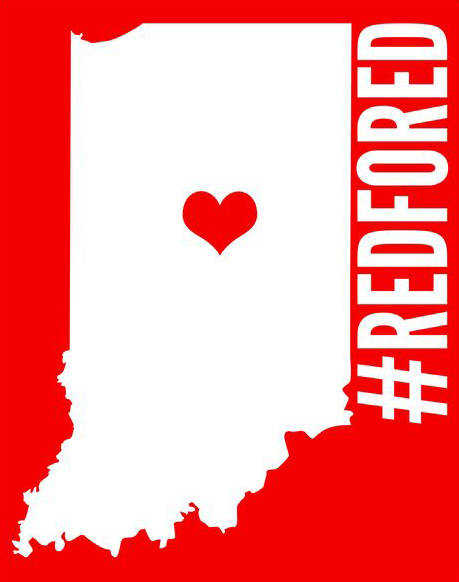 By now, local parents and other concerned citizens are aware a movement is afoot among teachers across the county and the state.

Three of the four county school corporations and 132 of 291 statewide are either having an e-learning day or canceling classes on Tuesday, Nov. 19. 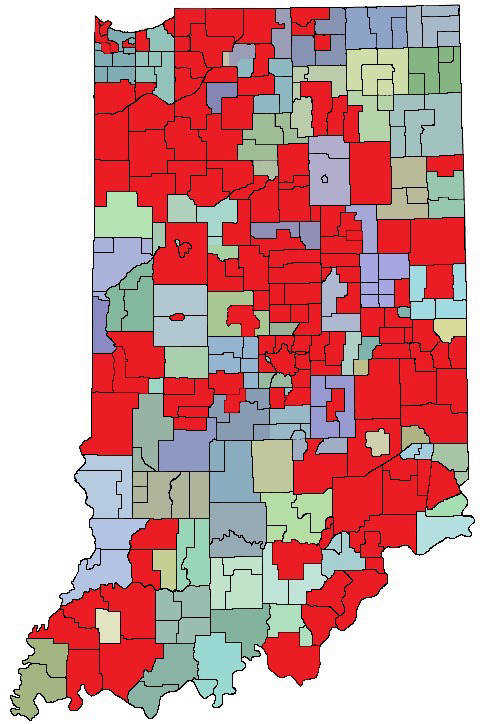 As of 9:30 Thursday evening, 132 of 291 school districts in the state of Indiana had either canceled school or scheduled an e-learning day on Tuesday, which will be the ISTA Day of Action at the Indiana Statehouse. Red areas on the map indicate schools with some sort of closure.
Source: Brian Smeltzer

In all three cases, the corporations cited the reason for the closure as a teacher shortage. However, all three superintendents have expressed their support for what teachers, through the Indiana State Teachers Association, are trying to accomplish on Tuesday.

With these and other questions in mind, Greencastle Classroom Teachers Association President Kristien Hamilton reached out to the Banner Graphic with answers to questions she has heard regarding Tuesday and what it means both locally and at the state level.

First of all, Hamilton addressed the need to rally on what would otherwise be a normal day of school for teachers and students.

"Next Tuesday is a required day for all legislators to be in attendance, as Organization Day is made up of the swearing in of General Assembly members as well as the annual first roll call. It allows caucuses to organize in preparation for the upcoming session.

"We have already attempted other actions such as writing emails, sending postcards, calling our legislators, meeting with them individually, going to town halls and asking about education in public forums.

"Earlier this year, we rallied at the Statehouse on a Saturday so as not to miss school. This was a much smaller event than what will be present next Tuesday.

"Teachers have visited the Statehouse after school hours, some schools have held walk-ins, where teachers gathered before school and walked into their buildings together as a visual sign of solidarity.

"Even after doing all of these things we haven’t seen any resolutions to very serious issues. We want more urgency from state officials. Our students will benefit greatly in the long run if a cohesive and united message is presented to our state legislators."

Hamilton next addressed the goals the ISTA has for the 2020 legislative session.

"We are not just going to rally for more money. ISTA has three goals for the upcoming legislative session.

"1. They want to see the state make significant progress toward raising teacher pay across the state. Indiana continues to lag behind neighboring states in average pay and has seen some of the slowest wage growth of all teachers nationwide.

"2. Teachers have been scapegoats and our salaries have remained mostly stagnant as our burdens have continued to grow.

"3. Teachers are leaving the profession and we are attracting fewer new educators to the profession. Every year we wait the problem is only going to become exponentially worse."

Hamilton went on to share a couple of other priorities teachers have in the upcoming session.

The union is also asking for lawmakers to make good on a promise to hold school districts harmless from poor performances on a new statewide test, administered last spring.

They also want the repeal of new license requirements pushed through this year which requires teachers to log 15 hours of professional development regarding the needs of local employers.

While the event is organized by the Indiana State Teachers Association, it has grown beyond a union-only or even teachers-only event.

The 124 districts that had announced closures of some sort as of noon on Thursday represent 42.61 percent of state school corporations, 47.24 percent of school buildings and 51.11 percent of Hoosier students.

The numbers have continued to steadily increase in recent days.

More than 13,000 people have registered to attend the rally, including teachers, staff, administrators, parents, community members and students.

Locally, the Greencastle Classroom Teachers Association struck an agreement with the school corporation to use GCSC buses to transport teachers, staff, parents and community members to and from the rally. The association will pay for the fuel, with ISTA compensation to come later.

GCSC currently has two buses slated to leave the McAnally Center parking lot at 7 a.m. and return by 4 p.m.