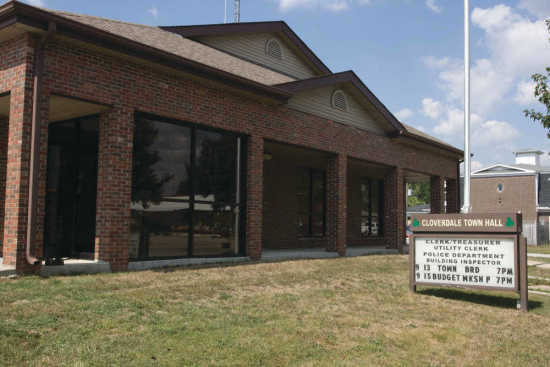 The three-person commission appointed to conduct a recount in the Cloverdale clerk-treasurer election will include the husband of the candidate who filed the petition for the recount.

By law, a recount commission must be composed of one person who can run all the election equipment as well as one Republican and one Democrat from the district in question.

Vanessa Carr ran as an independent in the race, while Galloway ran on the GOP ticket.

Robinson told the Banner Graphic that when Judge Headley brought the order to the clerk’s office, she questioned having a spouse on the commission. However, Headley told her it was legal.

Robinson followed up with a call to the Indiana Election Division, with a representative giving her the same answer as the judge.

No date has been set for the recount, though Robinson said she plans to reach out to both Jay and Monnie Carr following the Thanksgiving holiday to make a decision.

By state election law, the recount should be completed by Dec. 20. This may be extended by the court for “good cause shown.”

Once a recount is completed, Putnam County Clerk Heather Gilbert must file a certificate of recount, with any corrected vote totals noted.

The next term for the Cloverdale clerk-treasurer begins on Wednesday, Jan. 1.