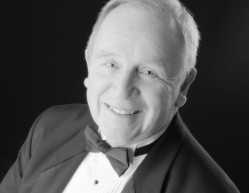 He was the son of Benedict Joseph Dulaski and Virginia Cunningham. His parents met in Moscow, where his father was with the U.S. State Department, and his mother was studying concert piano with the Moscow Conservatory of Music.

Ben was born on May 8, 1938, in Helsinki, Finland; then Mom and Ben returned to Moscow to re-join Dad.

They remained in Moscow until late in 1941, when they returned to the United States. They got the last boat out of Lisbon before arriving in New York on Dec. 8, 1941, one day after Pearl Harbor was bombed, the day that war was declared on Japan. The ship that they arrived home on was subsequently sunk by U-boats.

They moved to Rockville, Md., where his sister, Ilona Anne Dulaski, was born on Feb. 9, 1942. They grew up there, surrounded by his father’s family, until June of 1951, when the family moved to Mexico City, Mexico. Ben’s father was the head of the audio-visual department with the Information Service (USIS), then a division of the State Department.

They remained in Mexico City until August of 1956. Ben received his high school diploma from The American School, Mexico City, Mexico, and the family returned to Bethesda, Md.

Later, in August 1956, Ben began as a freshman at the College of William & Mary. Ben was in ROTC, was a member of Lambda Chi Alpha fraternity and served in student government yearly. He graduated from William & Mary in 1960, with a bachelor’s degree in political sciences. In the fall of 1960, he began his work on his master’s degree in international affairs political science from George Washington University in Washington, D.C.

On April 11, 1962, Ben began active duty in the Army as a second lieutenant. From June 1962 through June 1964, he was stationed at Fort Holabird in Dundalk, Md., Army Intelligence headquarters.

In July 1962, he was married to Christine Faye Harms.

In June 1964, he left active duty, remaining in the Army Reserves, and applied to the Central Intelligence Agency. While his security background was being checked (a lengthy process at the time), he returned to Washington, D.C., and finished his master’s degree, working at Geico at night, and monitoring study halls at Strayer Business College.

In Nov. 1964, Ben started with the CIA. In the summer of 1965, he was stationed in Jerusalem for four months. From February 1966 through March 1968, he was sent to Afghanistan. He received his master’s degree in absentia. While in Afghanistan, he sang in a barbershop quartet called “The Kabulaires.”

In June 1967, he obtained rank of captain with the U.S. Army. In March of 1968, he and Christine returned to U.S. from Afghanistan via the SS United States. He worked in the personnel-retirement branch of the CIA, and then with the Western Hemisphere Division.

Frustrated with the lack of foreign assignments, Ben left the CIA in August 1970 and went to work for Indiana University in Blooming to with the Department of Institute for Research in Public Safety. It was here that he met Hillard Trubitt, who was to become Ben’s lifelong friend.

In 1978, Ben left IU to go to work for First Wisconsin National Bank, in Milwaukee.

Ben also enjoyed performing in theatre. At the Little Theatre of Bedford, he performed in several productions, including the lead in “Father of the Bride”. He performed with the Putnam County Playhouse in the productions of “The Sound of Music,” “State Fair,” “My Three Angels,” “Singing in the Rain” and “Don’t Drink the Water.” He was a member of the Silver Lining Players in Greencastle and in connection with that group, he and Karen were able to perform the play “Love Letters” in October 2018.

A visitation will be held at Hampton Gentry Funeral Home in Plainfield on Friday, Dec. 6 from 4-8 p.m. A funeral service will be held on Saturday, Dec. 7 at 11 a.m.

Ben will be interred at Arlington National Cemetery at a date to be later determined.

Contributions may be made in lieu of flowers to either the Leukemia & Lymphoma Society, or to the Nature Conservancy.