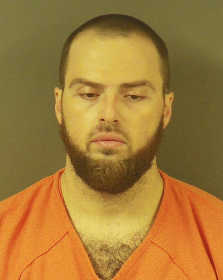 CLOVERDALE -- While also having to deal with a high-speed crash which occurred on Interstate 70, law enforcement officers had their Turkey Day complicated by a pursuit that ended in a pair of arrests last Thursday afternoon.

According to a narrative provided by Sgt. Matt Ames of the Putnamville Indiana State Police Post, ISP trooper Troy Sunier attempted to stop a driver and a passenger near U.S. 231 and Interstate 70 for a seatbelt violation. Sunier noted that the pair seemed to be engaged in a possible domestic dispute.

Sunier activated his lights and sirens in order to stop the vehicle, which seemed to slow down. However, the vehicle then sped up. It was at this time that an officer from the Cloverdale Police Department pulled behind the car, with Sunier in front of it. 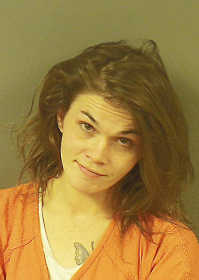 The violators then rear-ended Sunier’s vehicle, after which the officer performed a maneuver that sent them into a ditch located near County Road 900 South in Cloverdale. The car was then stuck because of mud.

Thirty-five-year-old Aron Monnett of Indianapolis, as well as 31-year-old Miranda McNew of Stilesville, were then arrested by Sunier and taken into custody at the Putnam County Jail.

Ames said that McNew had a warrant out for failure to appear in court, with the official charge listed as Class A misdemeanor driving with a suspended license.

Ames added that damage to the vehicles was minor, despite speeds reaching approximately 50 mph. He also provided that Monnett and McNew were both found to be under the influence of some kind of controlled substance.

As toxicology reports from the state have not yet been received by the State Police, Ames said that the incident is still considered as being under investigation as of Tuesday afternoon.