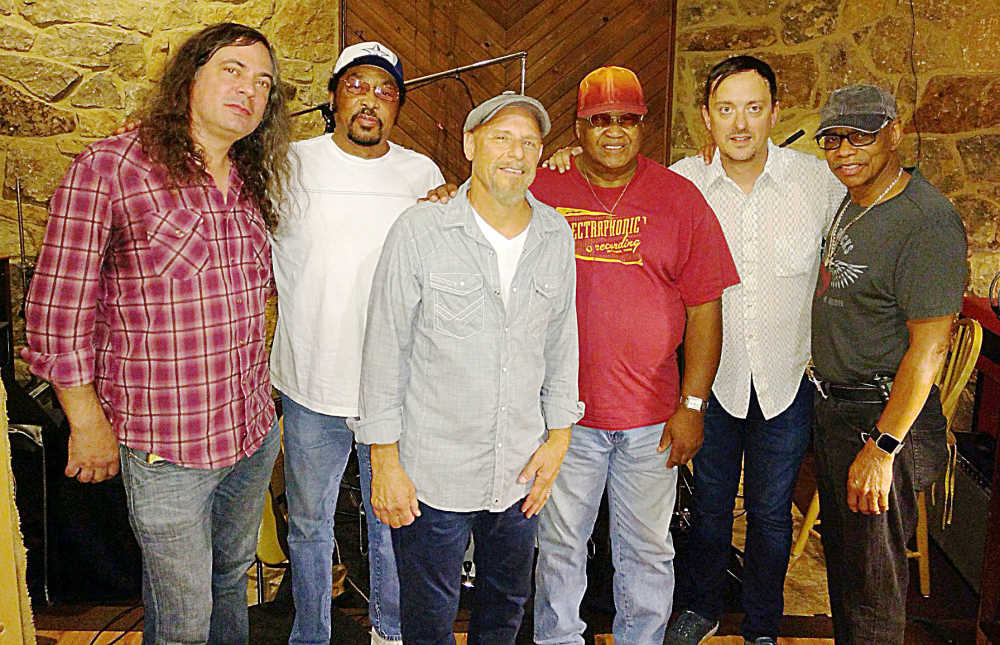 Imagine telling a taxi driver you need to get across town as soon as possible, only to check his ID and realize it’s Mario Andretti at the wheel.

In a sense, that was the experience of Greencastle soul blues singer Tad Robinson while recording his latest album in Memphis, Tenn.

Originally in town for a chance at creative renewal as he soaked in the history, vibes and tunes of the musical mecca, Robinson instead found himself recording with some of his musical heroes — three members of the legendary Hi Rhythm Section — Charles Hodges, Leroy Hodges and Howard Grimes. 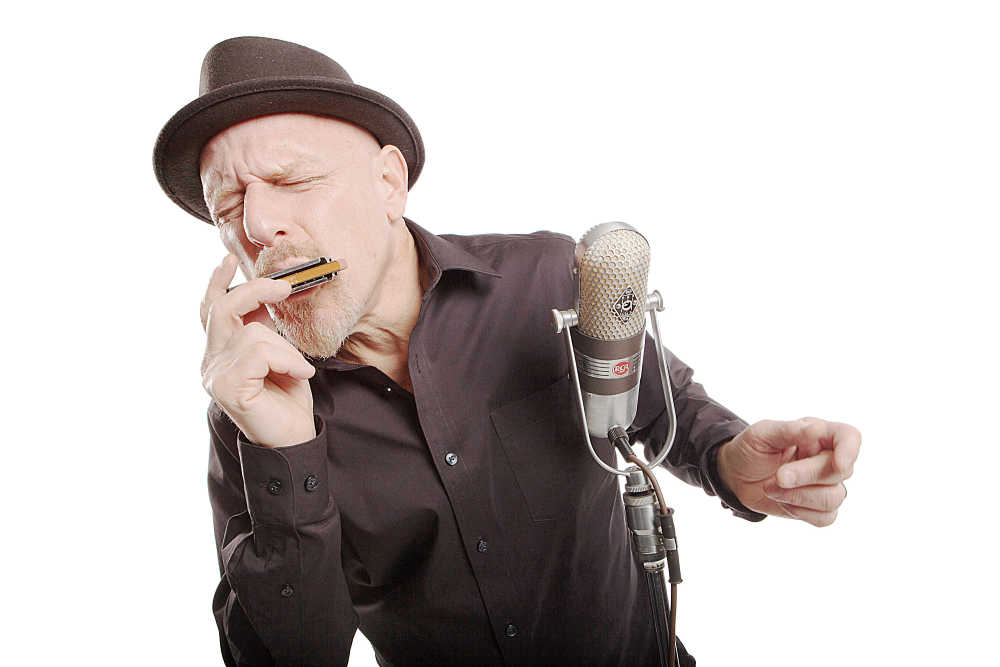 While none of those names or even Hi Records are exactly household names these days, perhaps the name Al Green rings a bell?

“For those who want to know who the Hi Rhythm Section is, get out an old Al Green record like ‘Let’s Stay Together’ and look at the liner notes,” Robinson said.

On those records you’ll find the names of three Hodges brothers — Charles on organ, Leroy on bass and the late Teenie Hodges on guitar — and either Howard Grimes or the late Al Jackson Jr. (also of Stax Records and Booker T & the M.G.’s fame) on drums.

“These are guys who were sidemen on the great records in my collection -- Al Green, Ann Peebles, Otis Clay, O.V. Wright,” Robinson said. “They have played on many of the songs that have been on the soundtrack to a lot of our lives without us even knowing it. They’re not famous, but they’ve received a lot of tributes during their careers.”

And now the living members of that group have their names in the liner notes of Robinson’s latest album, “Real Street, “ released in September on Severn Records, the label Robinson has called home since 2005.

Robinson couldn’t be more honored to have worked with three men who are “living links to the glory years of Memphis soul.”

“It was kind of a surreal feeling to be in the room and record with the guys who basically invented Southern soul music,” Robinson said.

Since the release of the record, Robinson has been taking it to fans well beyond its Memphis roots. Friday will mark the first time he’s played his adopted hometown since the record release with an 8 p.m. album party at Wasser Brewing Co. in Greencastle.

“We’ll play some selections from the new record and some of the old stuff,” Robinson said.

While recording the new stuff was a lot of fun, the recording process came as a genuine surprise to Robinson.

A New Yorker by birth whose musical career started in Chicago before he found his way to small-town Indiana, it’s hard to describe Robinson as anything but a northerner.

But his soul, if you’ll excuse the expression, seems to be situated a bit further south. The fingerprints of Memphis are all over the blues and soul of his old records. So when Robinson got the financial backing to visit “the birthplace of Southern soul and blues that I’ve been so fascinated with,” he jumped at the chance.

“The whole thing began with a Creative Renewal Fellowship from The Arts Council of Indianapolis,” Robinson said.

In June 2017, Robinson was announced as one of 30 recipients of the fellowship the Arts Council grants every two years.

“The idea I had for the fellowship was I could be a fly on the wall with what’s going on in Memphis music,” Robinson said.

And why not? With a rich history that includes Hi, Stax and even Sam Phillips’ Sun Records and a vibrant scene that continues to this day, what better place for a working musician to keep things fresh?

While the chance to meet and maybe learn from musicians like the Hodges brothers and Grimes must have been in Robinson’s mind, the opportunity to record an entire album came as a bit of a surprise.

When Robinson learned a friend was going to introduce him to the Hi Rhythm guys, Robinson mentioned to Severn Records founder David Earl that he might record a few songs with them.

“Why don’t you just make a whole record?” Earl asked. “The label will back you.”

So, thanks to the backing of Arts Council and David Earl, Robinson now has “a full-blown album that Severn released and I produced.”

One thing he remembers fondly from the recording session is just how real Southern hospitality can be.

“They were so welcoming,” Robinson said. “The thing that was remarkable to see was that after making hundreds, if not thousands, of records, these guys were so unjaded. The way they opened their hearts to the process was so uplifting.”

Delving into his “bag of tunes,” Robinson brought six originals and four covers to the sessions.

“To hear these guys take my tunes and give them the Memphis treatment, it felt great,” Robinson said.

Feeling great, it seems is part of the process.

“One of the things about Memphis music and the approach those guys take is there’s a party going on when they’re playing,” Robinson said. “Memphis music is uplifting, it’s danceable, it’s usually about celebrating relationships.”

The songs themselves remain Robinson’s, but little things from the Hi Rhythm guys put them over the top.

Hodges, Hodges and Grimes also brought the professionalism that comes from more than a half century of experience.

“On every track on the record, it only took us one or two takes,” Robinson said. “Whatever tune it was, they’ve been there before.”

At times, they had quite literally been there before.

Robinson remembers saying, “I’m trying to make this sound like ‘Trying to Live My Life Without You,’” referring to Otis Clay’s 1972 song. One of the Hi guys laughed and said, “Hey, we played on that, didn’t we?”

In fact, all three men played on the track, Clay’s most successful single.

Once the recording sessions were in the bag, there was still work to do, with Robinson producing the album.

“You never know what you’re going to get,” Robinson said. “You spend a week in the studio, then the songs reveal themselves over time.”

That included adding horn arrangements as well as background vocals from Devin Thompson, then on to engineering and mixing.

While making a record may not seem like the “renewal” that was originally intended, Robinson still sees a fresh approach to his music.

“I have to admit that the experience, working with these guys and going to out-of-the-way juke joints, it really did renew me,” Robinson said. “It gave me a new respect as a singer for what musicians like this have done -- African American musicians creating a whole new kind of music.

“It was a real gift to see them work,” he added. “It was quite a collaboration and I got some friends out of the deal too.”

Now the trick is making those tunes work with some old friends. The Wasser show will not only feature Robinson on vocals and harmonica, but also Kevin Anker (who played Wurlitzer on the record) on Hammond organ, Brian Yard on drums and Paul Holdman on guitar and vocals.

“Paul and Kevin and I have been together for 20 years. Brian is the new addition,” Robinson said.

However, he said Yard, who is well-known in jazz and R&B circles in Indianapolis, has proven more than capable of whatever his bandmates throw his way — even playing a part recorded by a Memphis music legend like Howard Grimes.