NHTSA to probe fatal Tesla crash on I-70

From AP and Staff Reports 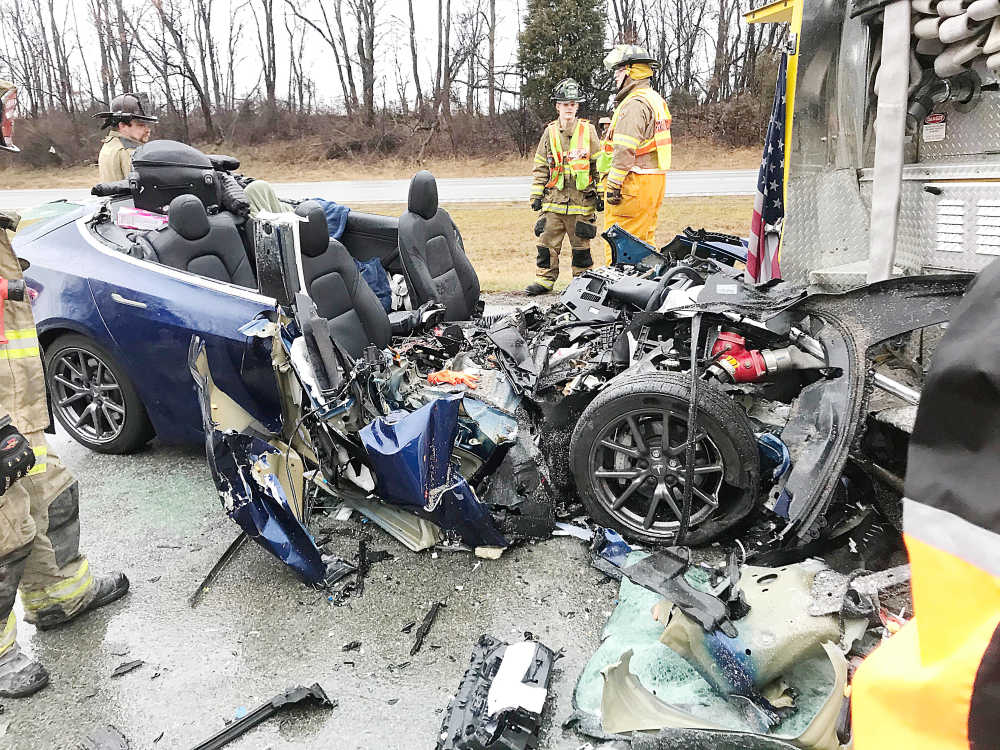 Jenna Monet, 23, Prescott Valley, Ariz., died on Dec. 29 when the Tesla Model 3 in which she was riding crashed into the back of a Cloverdale Township firetruck. Authorities have not yet determined if the Tesla was in Autopilot mode, a notable feature of the automaker's models.
Courtesy photo

CLOVERDALE — The crash of a Tesla Model 3 into a Cloverdale Township fire truck will be investigated by the U.S. government’s road safety agency.

The Associated Press reported Wednesday that the National Highway Traffic Safety Administration will send a special team to Indiana to investigate the crash scene and inspect the Model 3 vehicle involved in the Dec. 29 crash with the parked fire truck on Interstate 70 near Reelsville.

The crash, which killed passenger Jenna Monet, 23, Prescot Valley, Ariz., is the second one to be investigated in the past two weeks by NHTSA. Also on Dec. 29, a Tesla Model S sedan left a freeway in Gardena, Calif., at a high speed, ran a red light and struck a Honda Civic, killing two people inside, police said. The agency dispatched its special crash investigation unit to the site on New Year’s Eve.

Authorities have yet to determine in either case whether the Teslas were operating on Autopilot, a system designed to keep a car in its lane and a safe distance from other vehicles. Autopilot also can change lanes on its own.

Tesla has said repeatedly that its Autopilot system is designed only to assist drivers, who must still pay attention and be ready to intervene at all times. The company contends that Teslas with Autopilot are safer than vehicles without it, but cautions that the system does not prevent all crashes.

NHTSA’s crash program has inspected 23 crashes involving vehicles that the agency believed were operating on some form of partially automated advanced driver assist system. Fourteen of these cases involved Tesla models. The team investigates more than 100 crashes per year.

Sgt. Matt Ames of the Putnamville Indiana State Police Post confirmed to the Banner Graphic that the ISP investigation into the local crash is ongoing.

The Cloverdale fire truck was was parked in the left lane of eastbound I-70 near the 38-mile marker, three miles west of Cloverdale, responding to an earlier crash. The truck had its emergency lights activated.

Firefighters said the Tesla, driven by Jenna Monet’s husband Derrick, 25, also of Prescott Valley, did not brake before striking the back of the truck.

Derrick Monet reportedly told Indiana State Police investigators he did not know if he had Autopilot activated at the time of the crash, though he regularly uses the feature.

Also, on Dec. 7, yet another Model 3 struck a police cruiser on a Connecticut highway, though no one was hurt. NHTSA also is investigating that crash.