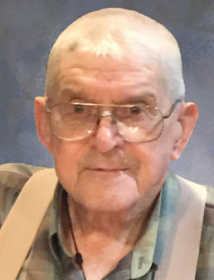 He graduated from Bridgeton High School with the class of 1941. Shortly thereafter he was drafted into World War II. He served in the Army, Company G, 291 Infantry, 75th Infantry Division in the Ardennes, Rhineland and Central European theaters.

He was awarded the Purple Heart, the Bronze Star, and the Combat Infantry Badge as well as various other accommodations.

When he returned from the military, he resumed farming on his family’s farm in Parke County.

John was an active member of the Calcutta Cemetery Association for more than 35 years. He has been associated with many Parke County and Clay County organizations over the years, including the Parke County 4-H where he served on the Council and as a 4-H Leader. He was on the Parke County Planning and Zoning Committee where he was instrumental in setting up the Covered Bridge Festival and development of the Cecil B. Harden Dam and the Mansfield Reservoir. He also served on the board of directors for the Farm Bureau Co-op, in Clay County, for many years.

He was also a member of the Lena United Methodist Church for more than 75 years.

In addition to his parents, Lewis and Opal Mace, he was preceded in death by his wife Leta (Haynes) Mace whom he married on Oct. 16, 1946 and their son, Larry Mace; two brothers, Jim Mace and Victor “Tub” Mace; and two sisters: Ethel Pell and Hazel Mayer.