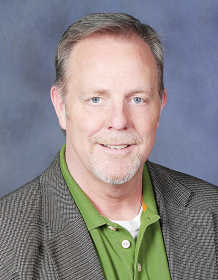 The lawsuit was filed Wednesday by the American Civil Liberties Union (ACLU) of Indiana the U.S. District Court for the Southern District of Indiana at Terre Haute.

“I haven’t seen it or been served yet,” Judge Bridges told the Banner Graphic, noting that he met with Putnamville Warden Brian Smith Thursday to set up plans for inmates to file petitions via email.

“Of course, the ACLU did not check with me to see what was really going on,” Judge Bridges said. “Instead they file a federal lawsuit against me.”

The mailings became an issue back in the fall, Bridges said.

“Back in November, Department of Correction intelligence people came to me,” he said, explaining that prisoners were sending regular mail out to “mothers, brothers, sisters and friends,” often with a legal mail envelope folded up inside.

Recipients of the inmate mail, working with a printer cartridge injected with fentanyl -- a powerful opioid blamed in the death of pop star Michael Jackson among others -- would print out documents and return them in the legal envelope.

The judge said he was concerned court staff and other people would be exposed to the contaminated documents.

“Unbeknownst to us,” Bridges said, “we were handling it and mailing it back to them.”

If the paper documents were mailed back to the prison as legal mail from the courts, the prison staff could not open them, Bridges explained.

Receiving the documents, inmates could rip up the papers to ingest the substances in much the same way they ingest suboxone.

“As far as I know,” Judge Bridges said, “no one has become sick or ill or high or anything else” due to exposure from the tainted documents.

Bridges contacted the Indiana Court Services office in November for guidance, he said, and he was advised not to accept filings from the prison.

Bridges expects to resume receiving inmate filings this coming week or next.

“Hopefully the case will be dismissed,” he said.

He explained that the new system will be set up in much the same way as court filings operate in federal court. Inmates will receive electronic responses.

“We’ll be the only county in the state that lets prisoners file via email,” Judge Bridges added.

Addressing the elaborate nature to which the inmates sometimes go to set up such schemes, the veteran judge and former Indiana state trooper, is not surprised.

“If they just used their skills for good instead of evil, they’d probably be millionaires,” he commented.