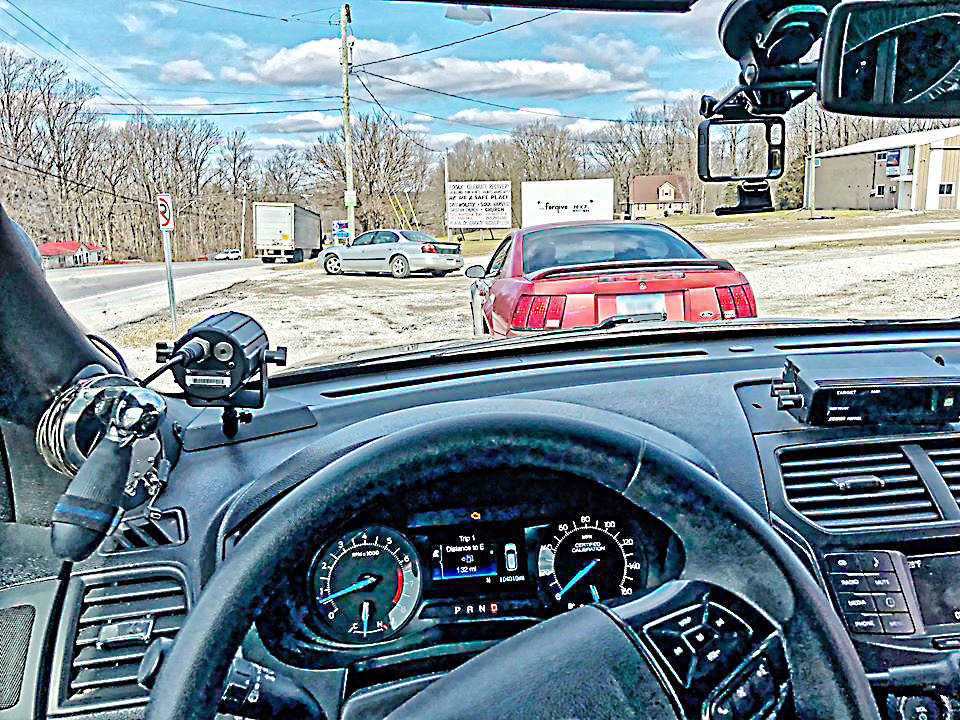 A Quincy man is facing a criminal misdemeanor charge after a sheriff’s deputy caught him traveling 106 mph on U.S. 231 South.

Around midday Thursday, Deputy Scott Ducker was southbound on U.S. 231 just south of U.S. 40 when he observed a northbound 2000 Ford Mustang at a high rate of speed. Radar indicated the vehicle was traveling 106 mph in a 55-mph zone.

As the Mustang continued northbound toward U.S. 40, Ducker turned around and caught up with it, pulling the driver over just north of the U.S. 40 intersection.

Ducker said the driver, 19-year-old Ford Mayhew, was not problematic during the stop.

“He was cooperative, honest and admitted to the speed,” Ducker said. “Pulled right over when I caught up with him.”

Mayhew was given a criminal misdemeanor citation for reckless driving. He was also cited for driving with a suspended license and given a warning for having no registration in the vehicle.

While Mayhew was not taken into custody, a valid driver had to be called to pick up the car.

Once formal charges are filed by the Putnam County Prosecutor’s Office, Mayhew will have to appear in court on the misdemeanor charge.