Students in Tennessee for tornado relief 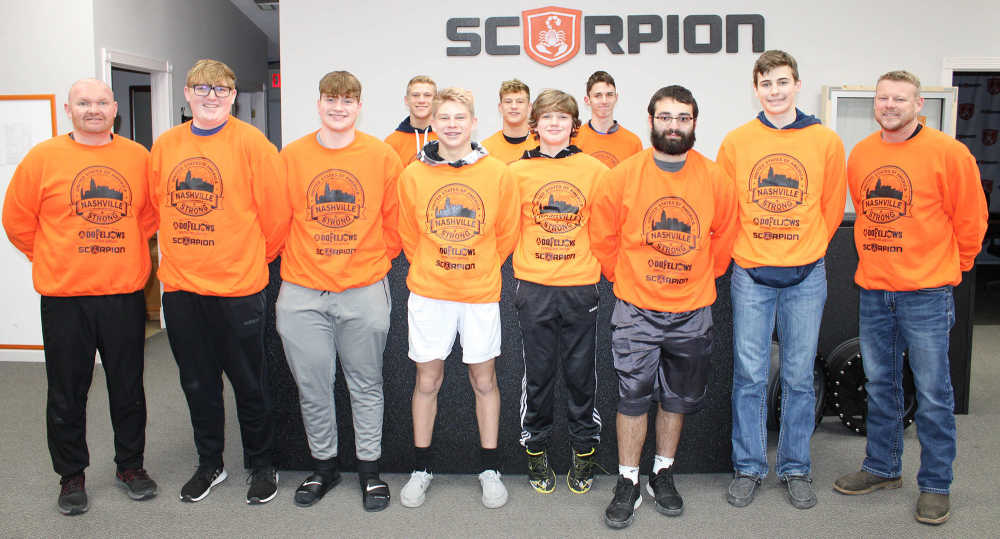 With Tennessee still reeling from a pair tornadoes that rocked the Nashville area early Tuesday morning, nine local students and a pair of adults are set to spend Saturday doing what they can to help those affected.

Josh Buis, who is chaperoning the trip along with Damon Carrington, organized the group of young men who made the southward trek Friday evening.

While all nine students are giving up a Saturday to help others, twins Logan and Brach Carrington are making an even bigger sacrifice.

“They’re going to be 18 and these two young men decided that’s how they want to spend their 18th birthday,” Buis said.

The trip is being sponsored by Scorpion Coatings, the company for which Buis works, as well as Odd Fellows Printing & Graphics and private donations.

The Tennessee connection actually came through Scorpion. Buis explained that the owner of one of Scorpion’s partners, P&E Distributors, had one of the tornadoes go through his hometown.

The effort is actually being organized by the owner’s sister.

The local group was to stay in an area church Friday night before heading out to help in whatever way necessary on Saturday.

Eight years ago when a tornado devastated Henryville, Buis took another group of young men to that southern indiana town.

He tried to put it in a local perspective in describing what he saw.

“I remember when we got to Henryville,” Buis said. “We pulled up to Henryville High School — imagine McAnally Center and both roofs are collapsed. Or imagine going to York Chevrolet and it looking like someone broke the windows out of every car with a baseball bat.”

Buis said what the young men will see Saturday could be harrowing, but the chance to help should also be a positive experience that they will carry with them.

“On Saturday, I think this will be a life-changing experience for these kids,” Buis said.

A full report on the group’s activities will be printed in an upcoming edition.