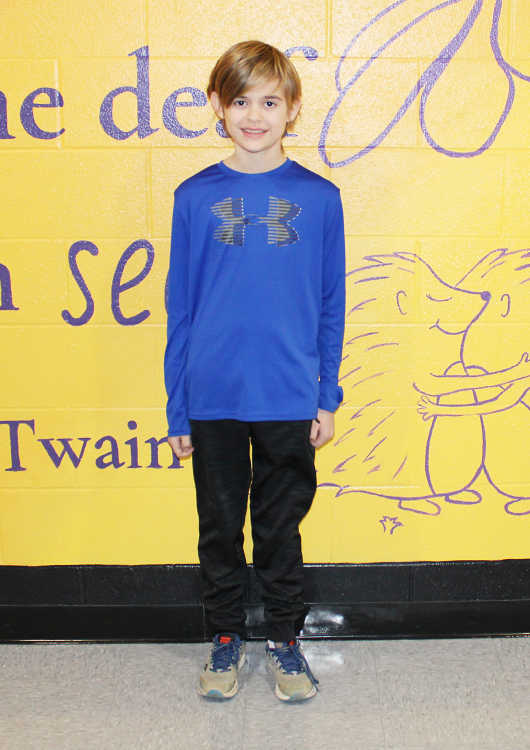 The National Geography Society recently named Wilson Hecko, a fourth-grader at Tzouanakis Intermediate School, as one of the semifinalists eligible to compete in the 2020 National Geographic GeoBee State Competition.

Hecko, the son of John and Amber Hecko, was the only fourth-grader in the state to qualify for the state level of the competition, which is open to students in fourth through eighth grades.

Hecko qualified for the state competition by winning the school GeoBee competition and then taking an online qualifying test to determine semifinalists.

Though the state competition is set for Friday, March 27 at IUPUI in Indianapolis, the Heckos had prior plans and Wilson will not be competing.

Mom Amber said Wilson said he was happy to have qualified, but also relieved that he wouldn’t have to worry about the next round.

There will be four more years in which he might be able to qualify.

State competition is the second level of the National Geographic GeoBee, which is in its 32nd year. This year, an estimated 2.4 million students competed in the GeoBee, with 8661 students becoming school champions.

Up to 100 of the top-scoring students in each of the 50 states, the District of Columbia, Department of Defense Dependents schools and U.S. territories were invited to compete in the state GeoBees.

The 2020 national championship will take place May 18-21 at National Geographic headquarters in Washington.