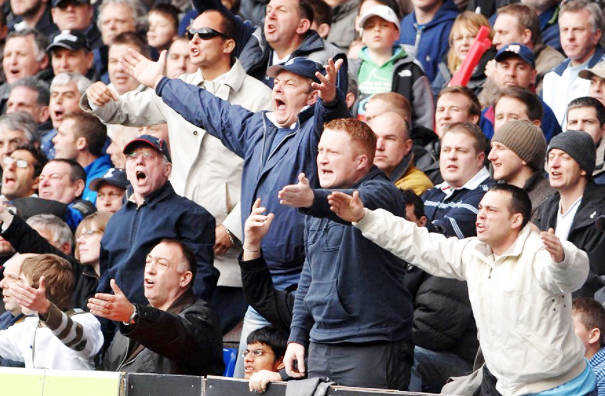 The growing obsession with the officials in any contest is disturbing to watch and listen to. Almost no official’s decision in basketball or softball/baseball is not questioned by someone in the stands. Certain calls are discussed, reviewed, complained about for several minutes, hours, or even days after the game has ended. Enough, please!

There are multiple issues with the constant abuse and obsession with officiating that diminishes the game and the experience.

There are the well-documented issues with finding enough officials to hold all of the scholastic contests. There is a shortage and many articles and posts have been written about this shortage. One of the main factors is the constant abuse that these officials have to take, but I won’t rehash that issue.

I understand the passion of fans, especially when someone you are close to (son, daughter, grandchild, sibling, etc.) is playing. There is a reason the word “fan” is a shortened version of fanatic, but it does not necessarily give you carte blanche to constantly berate, question, or point out calls you disagree with.

There are good officials who make bad calls or have a bad night. There are bad officials who are not very good, but the constant and monotonous fan behavior isn’t going to make it better.

If you have a good official, they probably haven’t heard anything you have said or screamed. If by chance, they did hear you, they are going to call the game the way that they see it and the only thing that might make them look at something differently is a respectful conversation with a member of the coaching staff — not the obnoxious fan screaming such things as:

“That’s a moving pick,” “Call it both ways,” “They travel every time they have the ball,” or my personal favorite “Look at the difference in fouls.”

Of course, you have your old standby “You’re awful,” Think about it, do you really think that is going to make a referee or umpire change his call or the way he looks at the game?

As an unbiased observer (yes, I want Putnam County teams to win) with no stake in these games, most of the time the fan screaming is wrong. I know it is just my opinion, but most of the time you are wrong and the official got it right.

If you have a poor official, your constant and loud criticism may even further damage your cause. A poor official probably does hear more from the stands and has less confidence than a good official.

This means they will probably do everything in their power to NOT change their calls and continue on just to ‘show you’ who is boss. So, what good does this do for your team or your favorite player?

I said earlier that you have good officials and bad officials. That is true, but not every call that goes against a team that is the visitor is due to the official being a “homer.” There are cases where officiating might be in favor of the home team, but it happens far less than most fans think. There are two or three venues where it seems that the home team may get the benefit of the doubt. Just look at that as a home court advantage because your screaming is not going make them suddenly decide you need some more calls go your way.

In addition to the screaming during the game, I have seen a major shift in the perception of the fan base after a game or contest. Discussing the officiating is the main topic of conversation, not the great plays or the exciting game.

I blame the proliferation of talk radio and Internet access. Every Monday after NFL games there seemed to be an article by a national publication about the poor officiating. All basketball and baseball games are reviewed ad nauseum for the missed or poor calls. Officials are human, they make mistakes and don’t get me started on my opinion of instant replay because I’ll just say it is one of the worst things ever in all sports.

Without exaggeration, I would be willing to bet that 90 percent of the time after a game has ended, at least one fan, parent, administrator will want to engage me in a discussion about poor officiating. I used to engage in those, but now I usually change the subject or on a bad day provide my opinion, which has never wavered even if officials are bad (which again sometimes they are).

As I get older, I become more cantankerous in my response to those people. For example, just a year ago I offended a Putnam County school’s administrator. This particular person asked me for the second time in two games if I had ever seen such poor officiating. My reply was not very nice and pretty obnoxious, but I answered:

“I have only seen officiating that bad the last time you asked me that,” I said sarcastically.

Probably not the most professional response.

My opinion is and will continue to be the same. The officials did not cost you the game! You may have had some bad breaks, but tough-minded and resilient teams adapt to the way the game is called and overcome those bad calls by playing through it.

There are bad calls in every game. The player who picks up a foul when they got “all ball” probably just makes up the one they didn’t get when they were holding their opponent away from the official. Those bad calls tend to even out over the game.

Illustrating how bad calls even out, let us look at the New Orleans Saints’ loss to the Los Angeles Rams two years ago in the NFC championship game.

Replay shows very clearly that the Ram defender interfered with the Saints receiver and a flag should have been thrown. That being said the game probably would have ended with a Saints victory instead of a Rams win, but…

The possession before the Rams were driving and a pretty blatant face mask should have been called against the Saints, but it was missed also. Had the penalty been called then, it would have allowed at the very least the Rams to run considerably more time off of the clock or at most scored a touchdown, instead of a field goal, putting the game in a completely different scenario.

In one of the highest-profile events, you can find where the call or calls have an impact, but winners play through it.

If you screaming, complaining, and blaming doesn’t change the way the game is called what does it change?

Your children hear their loved ones in the stands, even if you are not having conversations about the officiating at a later time, they pick up on your actions. I feel blessed that as a young athlete, I was never allowed to complain about the officiating, nor did I ever hear my parents or others close to me gripe or blame the officials in any way, shape or form.

It changes the perception of the student-athletes that are close to you. High school sports teach our young people various truths and provides them with lessons that can serve them well in their adult lives. We all know that teamwork, sacrifice, hard work and the spirit of competition are values that are instilled being part of high school sports. The IHSAA trumpets sportsmanship and fair play as well. Define fair play in your own mind? Is that the reason that so many people are obsessed with the officiating? You don’t think the game was called “fairly.”

Let us talk about fair and how it relates. LIFE IS NOT FAIR! I have grown up hearing that, it has driven me nuts when my kids say something is not fair. Suck it up, buttercup, you will find throughout life that things are not fair.

Those examples are just in our high school sports. Is it fair that someday our current student-athletes won’t get the promotion they deserve at work due to politics or nepotism? Is it fair that your brand-new car was totaled in collision with a deer? Is it fair that a once-in-a-lifetime opportunity is missed because of sickness?

None of these items are fair, but as adults we have to continue to live and move on. The constant yammering about officiating just sends a message to our young people that you did not win because it was not fair. They begin to look at all things in that light and when something doesn’t go their way, it becomes easier to complain than fight through it.

Bad breaks or bad calls are a fact of life. Sometimes they are due to someone else’s error, sometimes they are due to happenstance, and sometimes you might even screw it up yourself. Don’t let the attitude of complaining or blaming become the focus. Instead focus on the great play your kid or favorite player made. Maybe just focus on the fact that your child or favorite player was just able to enjoy competition.

Nobody is losing a scholarship due to poor officiating. Nobody’s life is irrevocably changed due to a poor call that may have been at a poor time in the game and made a difference. When a game is perfectly coached or perfectly played, then maybe we can expect it to be perfectly officiated. Little Johnny or Susie certainly don’t play perfect games and even Hall of Fame coaches don’t coach the perfect game, so give the officials a break and teach our children about life if they get a bad break.

There are many out there without the chance to compete every day for a variety of reasons, while during this COVID-19 situation, we may all find out that we (or our children, grandchildren, etc.) will not be able to compete or enjoy the game. I am sure some people will still find a way to complain about the government, the IHSAA, the various conspiracy theories or something that took away our young peoples’ opportunity, but again how does that help the student-athlete learn to deal with setback?

In short, just stop it! Nothing positive comes from complaining, yelling, griping. I have been fortunate to see many of our coaching staffs in Putnam County handle a poorly-officiated game or a bad call with grace and use it as a teaching moment. I have heard coaches tell their players to shake it off and play through it. I have had coaches refuse to blame (even off the record) the officials for a loss.

Take a deep breath and enjoy the competition and the athletes and let the officials do what they do, you will feel better.