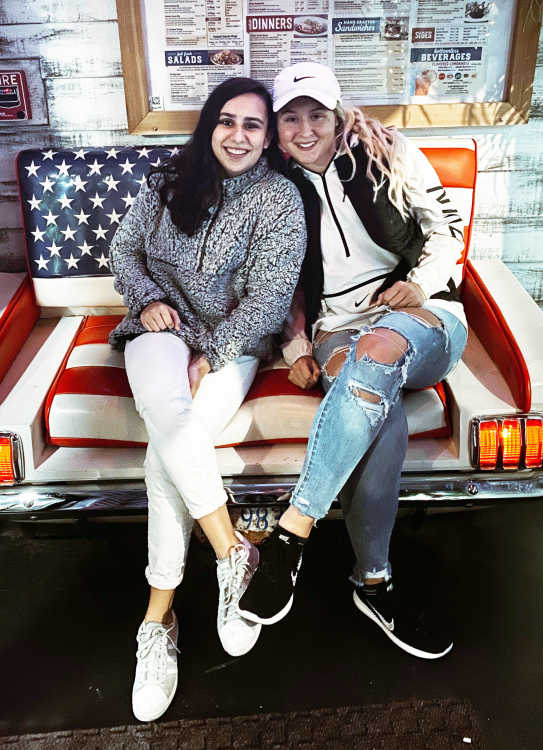 Lucia Moreno and Sammie Shrum enjoy their time together this year.
Contributed photo

For high school seniors nationwide, the conclusion of the current school in whatever form it may take will result in a loss of the chance to make a final set of memories before life takes the graduates in different directions.

Cloverdale senior Sammie Shrum is one of the many students caught up in the uncertainty. While she has been thrilled to have long-time friend Lucia Moreno staying with her family this year as a Spanish exchange student, an abrupt, unexpected ending to that arrangement left Shrum and Moreno with some unfinished plans to make final memories.

In spite of that ending, Shrum and her friend enjoyed several months of being together in a relationship that began when Moreno’s mother was an exchange student during high school in the home of Kim Shrum — Sammie’s mother.

Kim Shrum was working at Eli Lilly when Sammie was just a youngster, and Lucia’s mother was working for the same company’s branch in Spain.

They reconnected, and visits from the Morenos to Cloverdale started happening to keep the two families connected.

Lucia also spent the summer with the Shrums two years ago.

Sammie said she and Lucia will always be in touch, especially since it’s much easier than it was for their parents.

“With technology, it’s going to be a lot easier us than it was for them,” she said.

“It’s been amazing, even more than I expected it to be,” Shrum said. “We’ve known each other since we were two years old, and it’s been fun to stay in touch. Even though it was cut short, I’ll remember this forever and I’m happy for the experience together.”

The end came earlier this week, when Lucia found out she needed to return to Spain sooner than expected to take a test in order to be able to attend college this fall.

“Everything they do is to prepare for a test that shows they’re ready for college,” Shrum said. “She has been taking courses here by herself, but spending a lot of time talking with her brother on the phone.”

The coronavirus outbreak did play a part in the change of plans.

“There was a test in New York we could have sent her to take, but with all the uncertainty her parents thought it was best that she came back home,” Shrum said.

Shrum said the pair still had a list of things to get accomplished before Moreno’s inevitable return to Spain. 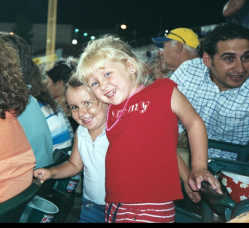 “We had some things we didn’t get to do,” she said. “Our parents had a senior picture taken together and we were going to recreate that in a photo shoot. It’s definitely not going to be the last time together, though.”

“She would tell anyone that, and after being here in the summer two years ago there was no doubt she was coming back this year. I’m happy for her family that she’s back with them, and I’m sure they were as happy as we were sad.”

Moreno didn’t find out until Tuesday afternoon of her quick return home, and Shrum admits the packing process was difficult for everyone.

“Obviously we didn’t expect any of this to happen so fast,” she said. “We found out about 6:00 on Tuesday night that she was flying home on Wednesday morning. It was the shortest notice ever. We didn’t have much time to say good-bye. Packing everything of hers up was really hard.”

Moreno successfully returned to Spain on Thursday morning, where Shrum noted the coronavirus outbreak is far worse than in the United States.

“They have cancelled their entire school year already,” Shrum said, a fate which could also fall upon Cloverdale schools if the coronavirus is not contained soon. “Their rules are much stricter than ours. People can only take their dog out for a walk by themselves for only five minutes at a time. You can only go to the grocery store or pharmacy with one other person.

Shrum will play golf and basketball collegiately at Ohio Wesleyan, while Moreno will also be attending college but has not yet made a decision.

Moreno recently became active with a travel soccer team in West Central Indiana and would like to compete in that sport at the college level. DePauw is one of the schools she likes, but Moreno is unsure if she wants to go to college in the United States or in Spain.

Regardless of where Moreno ends up, the pair will stay connected through the many different avenues of social media.

And, the relationship between the two families could be heading toward its third generation.

“We’ve definitely talked about how if we have daughters someday that her daughter would come and live with us for a year,” Shrum said.

Shrum obviously isn’t thrilled with the way her senior year has drawn to a conclusion, and admits her perspective is different than it likely was a few years ago.

“If I was a freshman, I would probably think being out of school for this long was awesome,” she said. “Our senior year has still been so great, and we’ve already made a lot of great memories. One thing I’ve learned from it is that you can’t take school for granted because it goes by so fast.”

Shrum’s high school athletic career is over, but she feels badly for classmates in spring sports who are college-bound such as Haley Smith and Macie Couch in softball and Kenzie Stoltz in track and field.

“We are hoping to be able to go back to school in the first week of march when the current closure is over,” she said. “I feel horrible for all of our spring athletes, especially Autumn Lewellen. She’s graduating early this year, and was already going to miss one year of softball, and now she might have to miss this one too. I can’t imagine not getting to play your last season in a sport.” 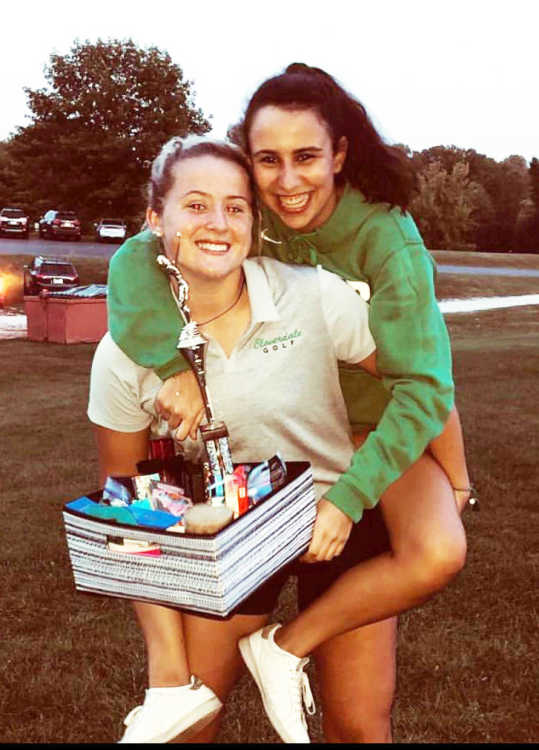