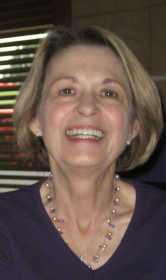 Evelyn Downs (Elam) Kuhlmann, 81, of Avon, formerly of Greencastle and St. Louis, Mo., passed away with her family around her on March 29, 2020.

She was the dear wife of Robert O. Kuhlmann, who preceded her in death on March 11, 2020; beloved mother of Jerrold Elam and Donna (Marilee Richards) Elam; stepmother of Robert (Chris) Kuhlmann Jr; cherished grandmother of Cate Elam, Drew Elam, Jae Elam, Gina Kuhlmann and James Kuhlmann; and also survived by many nieces, nephews and dear friends.

Evelyn lived in Greencastle with her family from the early 1960s until 1982. She was an active member of St. Andrew’s Church, participated in the PTA and many activities involving DePauw, Jaycees, Little League Baseball, summer swim teams, summer girls’ softball and scouting. She then moved with her family to St. Charles, Mo.

Evelyn married Robert Kuhlmann on Feb. 14, 1991 at St. Andrew’s Church in Greencastle and they lived in the St. Louis area until November 2019, when they moved to Cobblestone Assisted Living in Avon to be closer to their daughter and son.

Evelyn, at the age of 48, started her successful career as a TWA flight attendant. She became a flight service manager in November 1987. She worked 18 years for TWA, which eventually merged with American Airlines.

In 1997, Evelyn was recognized with an award for her participation in the St. Louis Public Schools TWA School Partnership Program.

Robert and Evelyn were active supporters of the St. Louis Zoo, where they volunteered and were recognized for contributions as Zoo Parents.

Evelyn and Robert always liked to keep contact with family and friends and were known for being the first to send out Christmas cards each year. They also rarely missed sending a birthday, anniversary or other holiday card.