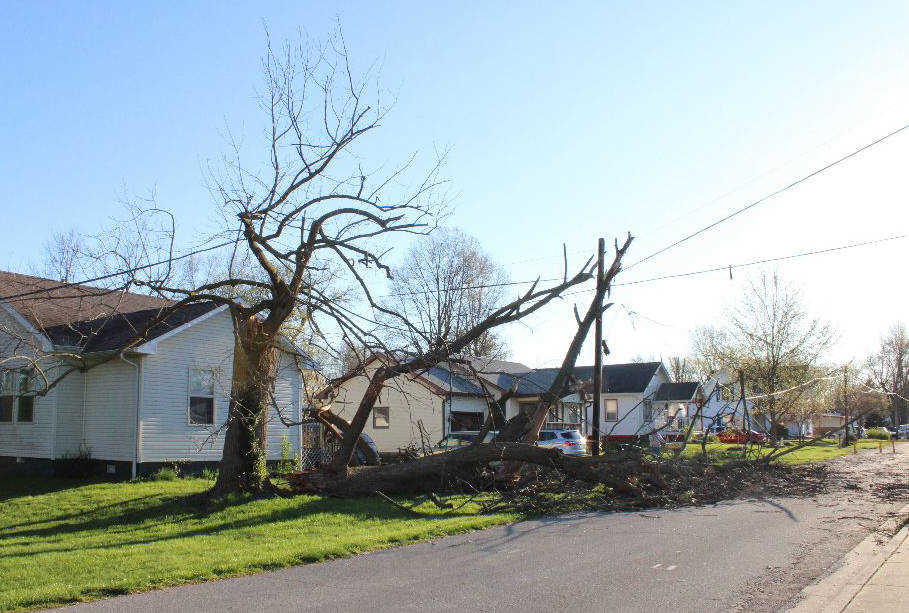 Debris from a downed tree is spread over the roadway by 1113 Avenue D Thursday morning following Wednesday’s storm. It knocked out power in the area.
Banner Graphic/Jared Jernagan

High wind that accompanied it led to damages and impeded routes throughout the area.

Putnam County Dispatch told the Banner Graphic Thursday morning that it had documented 21 incidents related to the storm.

It was provided the majority of calls were sent from within a five-mile radius of Greencastle.

Power was knocked out to homeowners in the eastern part of Avenue D after a large tree split and brought down power lines. Debris was spread out over the roadway. 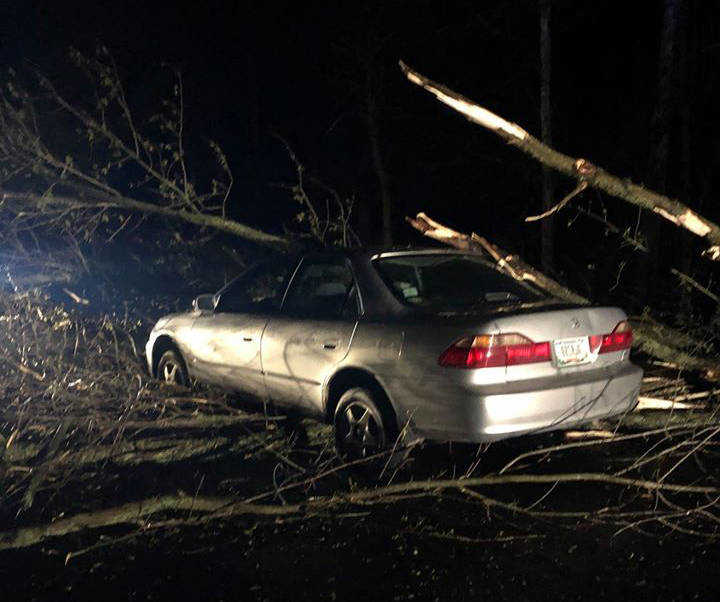 A motorist driving on Manhattan Road ran into a downed tree during the storm. The accident temporarily closed down the road.
Courtesy Putnam County Sheriff’s Department

At approximately 11:30 p.m., the Putnam County Sheriff’s Department responded to an incident on Manhattan Road where a motorist ran into a fallen tree. The driver sustained no injuries, but the road was closed at the 5000 block for at least an hour.

In the northern part of the county, the Roachdale Police Department reported at about the same time that power lines were down in the areas of Washington and Rush streets, as well as Railroad and Spring streets.

There were also outages reported in the area of the old Putnam County Hospital on Shadowlawn Avenue.

As of 7 p.m. Thursday, 178 Parke County REMC members in Putnam County were still without power.

Duke Energy still had outages to 94 of its area customers, while Hendricks Power Cooperative was down to just nine. 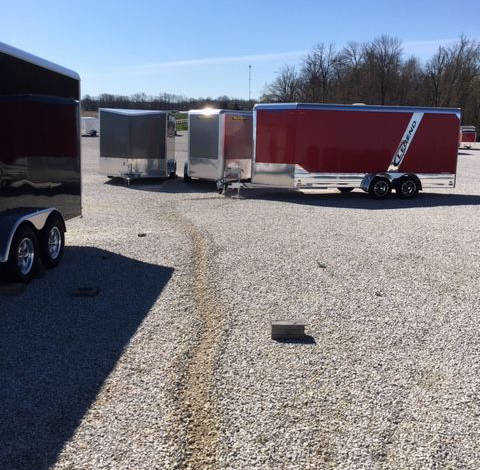 The wind was strong enough to move trailers being held at Detro Trailers Sales north of Greencastle. One left an approximately 50-foot mark in the gravel where its tongue was dragged.
Courtesy Russell Evans

All three figures had been much higher Wednesday evening.

The historic Houck Covered Bridge in Washington Township, constructed in 1880 and rehabilitated six years ago, also sustained damage to half of its roof during the storm.

Detro Trailer Sales, located at the intersection of U.S. 231 and U.S. 36, also had some of its inventory damaged.

Roachdale Detro employee Mike Mahoy was in the vicinity when a trailer was swept into the roadway and flipped over. Another trailer was blown on its side and was leaning on a power line pole.

Russell Evans, the public information officer for the Putnam County Emergency Management Agency, told the Banner Graphic Thursday that the road was closed for about 15 minutes while the trailer was moved.

“He (Mahoy) reported to me that it (the wind) sounded like a freight train,” Evans said.

He noted how the strong wind had moved a trailer 50 feet from where it originally sat. The tongue of the trailer left a visible gash in the gravel.

A severe thunderstorm warning for the area technically expired at 9 p.m., although a tornado watch remained in effect until 2 a.m. Thursday morning.

The Putnam County Regional Airport recorded a wind gust of 78 miles per hour, which is akin to a lower-strength Category 1 hurricane. There were also reports of large hail during the storm.

The WeatherSTEM unit at Greencastle Middle School indicated that .23 inches of rain had fallen. The National Weather Service provided a similar estimate.

Putnam County Dispatch did not record any ambulances being dispatched anywhere in the county. As such, no fatalities or injuries have been reported.

Evans said that all of the county fire departments were out until past the midnight hour, and commended the dispatchers who handled a myriad of emergency calls.

“It was a good team effort on everybody’s part,” he said.